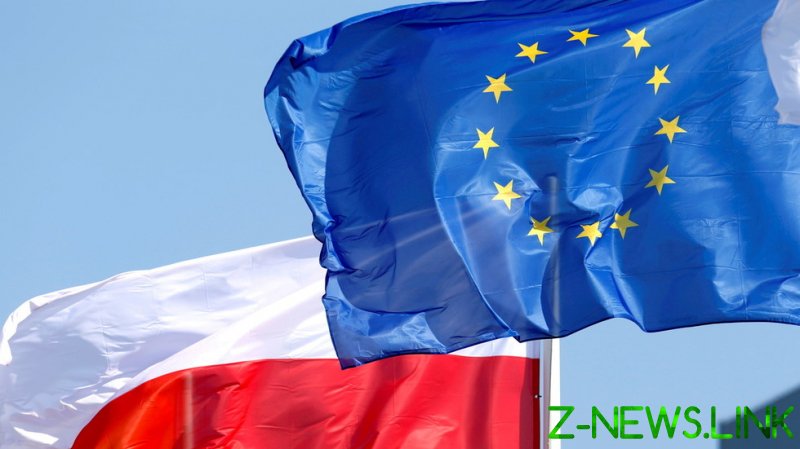 In a statement issued on Friday, the European Commission’s president, Ursula von der Leyen, expressed her deep “concern” over Warsaw’s Constitutional Tribunal’s ruling, stating that Brussels has sent its services to analyze it “thoroughly and swiftly” before taking its next steps.

“EU law has primacy over national law, including constitutional provisions. This is what all EU Member States have signed up to as members of the European Union. We will use all the powers that we have under the Treaties to ensure this.”

Von der Leyen continued, reiterating that “the EU is a community of values and laws. This is what binds our Union together and makes it strong. We will uphold the founding principles of our Union’s legal order. Our 450 million Europeans rely on this.”

Under the landmark verdict, Poland has the right to check the constitutionality of EU laws, and also rulings made by its European Court of Justice.

Luxembourg’s Foreign Minister Jean Asselborn lashed out at the ruling on Friday, stating that “this government in Poland is playing with fire,” and that the primacy of European law is needed for the full integration of life on the continent.

Despite concerns from officials, such as France’s European Affairs Minister Clement Beaune who said there was a “de facto risk” that this move could trigger a ‘Polexit’ from the 27-member state union, Polish PM Mateusz Morawiecki insisted that “Poland’s place is and will be in the European family of nations.”

Warsaw and Brussels have been locked in a clash of values, ranging from Poland’s treatment of its LGBTQ citizens, to media freedoms and judicial independence.