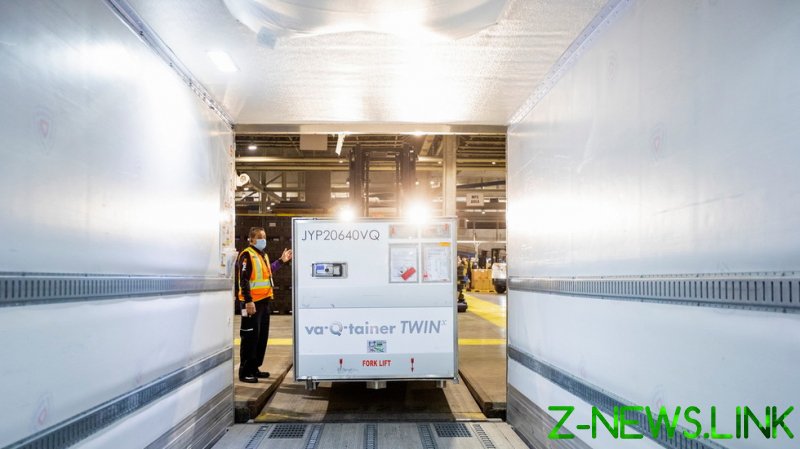 Speaking on Wednesday, European Commission Executive Vice-President Valdis Dombrovskis said the EU and its member states would now evaluate, on a case-by-case basis, whether vaccine shipments will be allowed to leave the 27-nation bloc, but under new criteria.

The criteria, which had previously been touted by EC President Ursula von der Leyen, see the concepts of “proportionality” and “reciprocity” added to the EU’s guidance for member states on exporting vaccines to other countries.

The guidance on export authorization calls on governments to assess the recipient country’s own vaccine-producing capacity, consider whether it exports to the EU in turn, and evaluate its epidemiological situation.

Dombrovskis contends that heavily demanded vaccine supplies are “not being distributed fairly,” adding that the EU has exported to “countries whose epidemiological situation is less serious than ours” without doses flowing in the other direction.

He said the EU was the world’s largest Covid-19 vaccine exporter (although data suggests India has exported more) and claimed the bloc had acted “fairly and responsibly” by allowing so many jabs to be exported.

The EU and UK have been engaged in a war of words over vaccines, with the EU threatening a ban on jab exports in recent weeks. The UK insists the vaccine manufacturers have contracts with the British government that must be delivered on.

Dombrovskis and European Commissioner for Health Stella Kyriakides, who also joined the news conference, refused to answer whether the amended criteria were aimed at the UK and AstraZeneca.

Questioned on whether this meant AstraZeneca doses from the Halix factory in the Netherlands would be permanently blocked from being exported to the UK, Kyriakides declined to answer, but admitted the plant did not have European Medicines Agency approval, meaning the jabs aren’t licensed for use in the EU.