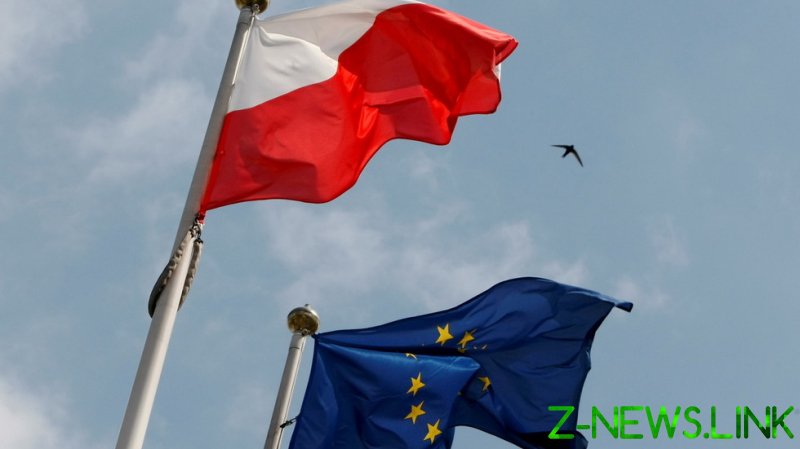 Speaking on the sidelines of the UN’s COP26 climate summit in Glasgow on Monday, Morawiecki insisted that the heavily coal-dependent central European country needs to receive funds from Brussels to achieve “ambitious climate goals.”

There can be no blackmail from other elements of European policy, because any attempt to take away funds … will mean that political blackmail from Brussels dominates over the achievement of climate goals.

Morawiecki went on, explaining that “if we want to act in solidarity with the climate, we also have to take into account that the position of the US and the rich countries of Western Europe is completely different to the position of Central European countries, such as Poland.”

Poland is eligible to receive up to €57 billion in EU recovery funds, but the executive has withheld its approval amid a rule-of-law dispute between the bloc and Warsaw. Brussels had threatened to leave the country without billions in payouts following a landmark verdict last month that saw Poland’s Constitutional Tribunal conclude its national laws take precedence over EU treaties.

To make Warsaw heel to Brussels’ demands, the European Court of Justice (CJEU) slapped Poland with a daily fine of a million euros at the end of October until it brings its judicial system up to its standards. The move was necessary “to avoid serious and irreparable harm to the legal order of the European Union and to the values on which that Union is founded, in particular that of the rule of law.”

The Polish PM previously vowed that the country would defend itself “with any weapons” at its disposal if the EU started a “third World War” by holding back payouts to Warsaw, warning against the bloc acting “with a gun to our heads.”

In September, the bloc’s top court ruled that Poland must fork out €500,000 in daily fines for ignoring the CJEU’s order to cease operations at its Turow lignite mine, said by the neighboring Czech Republic to spoil its citizens’ drinking water.