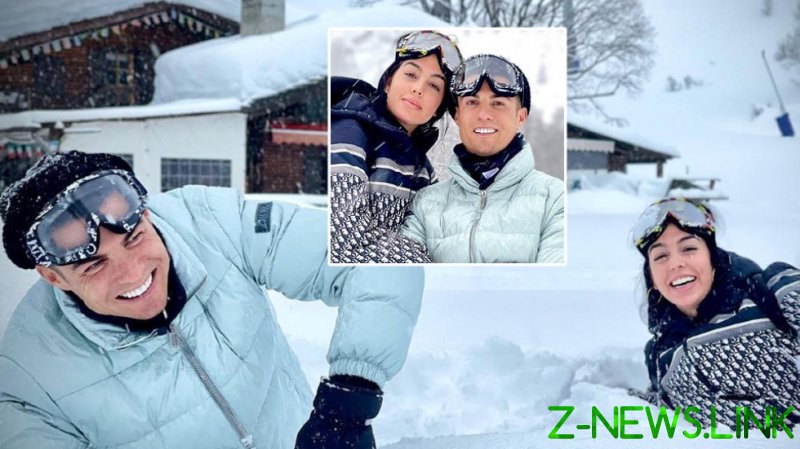 On the day that he turns 36, Ronaldo could have been forgiven for wanting to catch some rays on the occasion – especially for a man of his particular vintage.

But the five-time Ballon d’or-winning superstar instead opted for a mini-break at a snowy scene in Turin on his special day.

Pictures posted to his parter Georgina Rodriguez’s Instagram account show the happy couple embracing in an icy forest, as well as speeding through slopes on a snowmobile to celebrate Ronaldo’s 36th.

His celebrations will likely be kept to a minimum as Juventus welcome third-placed Roma to the Allianz Stadium on Saturday in a crucial top-of-the-table clash.

Andrea Pirlo’s side, who are currently fourth in the table, can climb past Roma with a win and heap pressure on the two Milanese clubs who sit in the top positions in the league. AC Milan currently stand first on 46 points, with Inter Milan two points worse off.

A win for Juventus on Saturday will put them on 42 points and reinvigorate their hopes for what would be a tenth successive Scudetto.

Even as he approaches his 40s, Ronaldo’s goalscoring exploits continue to endure. The Portuguese marksman has tallied 15 goals in 16 appearances so far this season – one clear of Inter Milan’s Romelu Lukaku.

Ronaldo’s term in Italy could set to be extended even further amid reports that the club have offered their star player a two-year extension which would bring him to the age of 38 in Italy’s often age-defying league.

Ronaldo’s teammate, goalkeeper Gianluigi Buffon, is 43 while the evergreen Zlatan Ibrahimovic, 39, has managed 12 goals in 10 games for AC Milan this season.