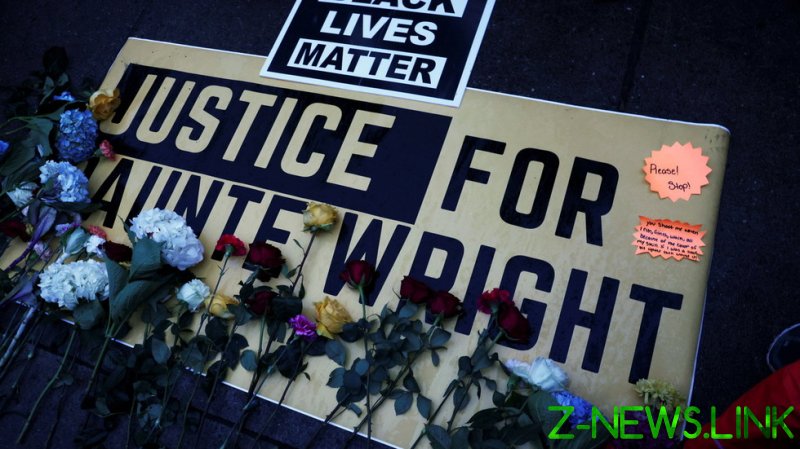 Potter was arrested on Wednesday morning, the Minnesota Bureau of Criminal Apprehension said in a statement, and charges would be filed later in the day by the county attorney.

Brooklyn Center Police Chief Tim Gannon previously said he believed the officer had mistakenly grabbed her gun instead of her Taser when she shot and killed Wright, 20, on Sunday after he was pulled over in his car for an alleged traffic violation. Gannon said police body cam footage of the fatal incident suggested the shooting was an “accidental discharge.”

Wright’s death has heightened tensions in Minneapolis, where former police officer Derek Chauvin is on trial for the murder and manslaughter of George Floyd.

Other protests over the police killing took place in Dallas, Texas, where Black Lives Matter activists took over a hotel, and in Portland, Oregon, where a police union building was set on fire.

Potter joined Brooklyn Center Police Department in 1995. On Tuesday, both she and Gannon announced they were resigning from the force.