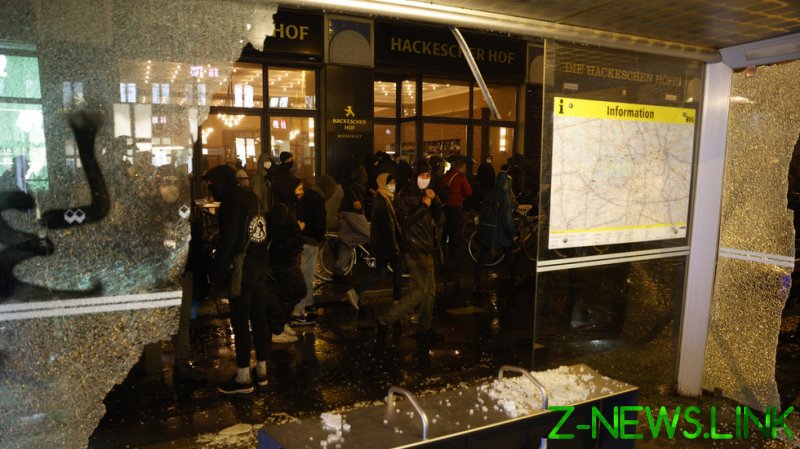 The unrest happened in the central Mitte district of the German capital, where some 2,000 people vented their anger over the closure of the squat. Some 1,900 officers were deployed to the area and said they were regularly pelted with stones, bottles and firecrackers.

Several cars were torched and property was vandalized in what the German media described as the actions of a splinter group, which separated from the main protest to wreak havoc.

The violence was sparked by the eviction of a radical-left squat in the neighboring Friedrichshain district. Named after its location in Liebigstrasse 34. It had served as home to a commune of a self-described anarcha-queer-feminist collective since the 1990s.

The collective’s stay became unwelcome in late 2018, after the lease on the house expired. A court ruled in mid-September that the group could be evicted. The police arrived on Friday morning to enforce the order, sending in some 1,500 officers gathered from several German states for the operation.

Despite resistance from the occupants, who barricaded themselves in, the police gained access and forced 57 people to leave. Protests following the eviction happened in Friedrichshain as well, but unlike their counterparts in Mitte, they remained mostly peaceful.