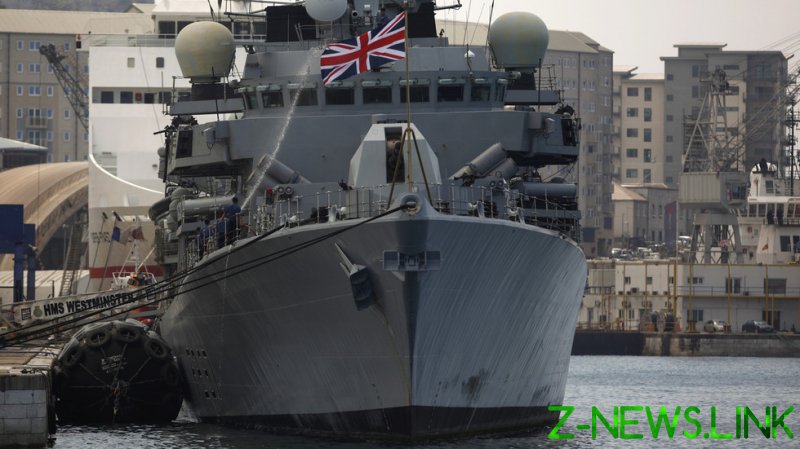 The Sunday Times reported over the weekend that a Type 45 destroyer, armed with anti-aircraft missiles, and a Type 23 submarine-hunting frigate will detach from the Royal Navy’s carrier fleet in the Mediterranean in order to pass into the Black Sea next month.

At the same time, defense sources told the newspaper that British warplanes would be standing ready on the country’s flagship aircraft carrier, HMS Queen Elizabeth, to intervene, should the vessels run into problems. Like other carriers, the waterborne runway, which can carry up to 60 jets and helicopters, is banned under international treaties from entering the Black Sea.

The move comes after Moscow ordered its own navy to carry out live-fire exercises in the region. In a statement last week, defense chiefs said that a frigate, Admiral Makarov, had been dispatched to the waters, along with ships Grayvoron and Vyshny Volochek, which will be supported by a missile-wielding hovercraft and a minesweeper. Large landing vessels, used for amphibious invasions, will also take part in the drills, along with fighter jets and helicopters.

“The role of a mock enemy will be played by maritime targets,” the officials said. The war games were announced just days after Turkish envoys claimed they had received notification that two US Navy ships would pass through their territorial waters on the way to the Black Sea. The move was widely seen as a show of support for Ukraine, where hostilities between government forces and troops fighting for two breakaway republics in the east of the country have escalated in recent weeks.

However, within a few days, the Pentagon was claiming the warships’ movements had been misunderstood by Ankara, and had never actually been confirmed. Turkish Foreign Minister Mevlut Cavusoglu has since claimed the US “canceled” the plans. No reasons were given, and Washington insisted any courses charted by its sailors would be “routine.”

The US has expressed concern about “credible” reports of Russian troops massing on the borders with Ukraine, and, earlier this month, State Department spokesman Ned Price issued a “call on Russia to refrain from escalatory actions.”

Russian President Vladimir Putin’s spokesman, Dmitry Peskov, has told reporters “the situation on the contact line in Ukraine is extremely unstable.” “The dynamics of the development of this state of affairs, and the behavior of the Ukrainian side, creates the danger of a resumption of full-scale hostilities,” he said.