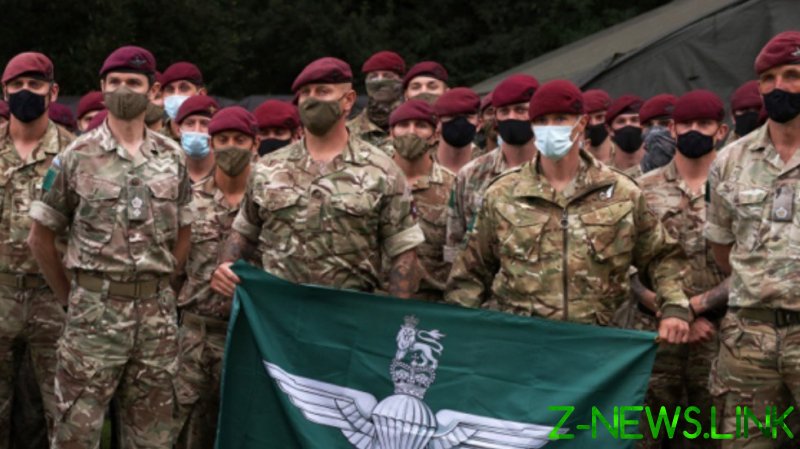 The British Army has launched an investigation after dozens of elite paratroopers from the 16 Air Assault Brigade were allegedly filmed having sex with a woman that they smuggled onto their base according to a report by The Sun.

It’s unknown when precisely the incident occurred, but it reportedly took place at the Merville Barracks in Colchester, Essex. The outlet claims that videos from the incident depict sexual intercourse in different areas of the base, and one of the clips allegedly shows half-naked troops saluting each other as one of them engages in intercourse with a red-haired woman.

An army source told the Times that the clips were “pretty graphic in detail” and depicted a “single female with a number of soldiers engaged in consensual sex.” The woman is believed to be a civilian that was smuggled onto the barrack premises.

The Royal Military Police have also reportedly been brought in to investigate how the woman got into the camp and check if there was any other illegal activity taking place at the base.

The soldiers are believed to be from the 3d Battalion of the Parachute Regiment within the 16 Air Assault Brigade which is described as a “specially trained” force that are “equipped to deploy by parachute, helicopter and air-landing”.

A spokesperson for the army has insisted that “the army expects the highest standards of behavior from all their personnel. Anyone not maintaining these standards will be investigated and appropriate action will be taken against them.”

He confirmed that the Royal Military Police was investigating several videos appearing to involve army personnel, but said that it would be “inappropriate” to comment further while the investigation was ongoing.