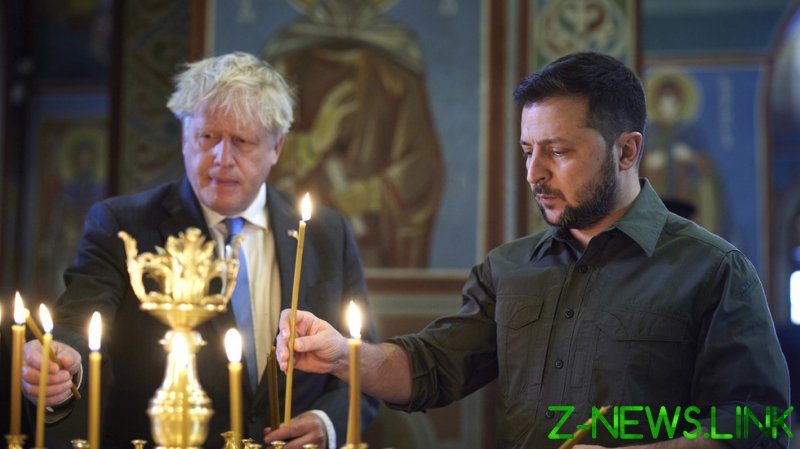 As “Ukraine fatigue” builds up around the world it is crucially important to convey a message of support to Kiev, British Prime Minister Boris Johnson said on Saturday amid the ongoing Russian military offensive in the neighboring country.

Speaking to Sky News the day after his trip to the Ukrainian capital, Johnson expressed concern that at this “particularly critical time” when Ukrainian forces are fighting the Russians, “a bit of Ukraine fatigue is starting to set in around the world.”

“Ukrainians are suffering terribly in the east of the country. Putin [Russian President Vladimir Putin] is continuing to commit appalling atrocities. The Russians are grinding forward, inch by inch. And it’s vital for us to show what we know to be true, which is that Ukraine can and will win,” Johnson said, explaining the importance of his visit to Kiev, the second one since the Russian offensive began at the end of February.

The prime minister claimed that the Russian forces “are still sustaining huge casualties, they are running out of a lot of the most sophisticated weaponry, their precision weapons are starting to be run down very severely.”

“We’ve got to get the message to the Ukrainians and the world about how strongly we’re backing them and how important it is that they succeed,” Johnson stressed.

During his surprise visit to Kiev, Johnson offered President Volodymyr Zelensky a major training program for Ukrainian forces with the potential to train up to 10,000 soldiers every 120 days.

The UK has been one of the key European supporters of Kiev in its fight against Russia. Britain has already pledged more than £1.3 billion ($1.6 billion) in economic and humanitarian support to Ukraine, providing Kiev with, among other things, more than 5,000 NLAW anti-tank missiles and long-range multiple launch rocket systems. 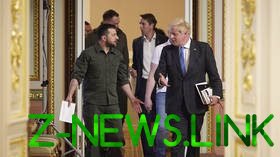 Russia has consistently warned the West against sending weapons to Ukraine, saying that it would only prolong the conflict and create further problems. It also made it clear that it considers any foreign weapons on the Ukrainian territory as a legitimate target.