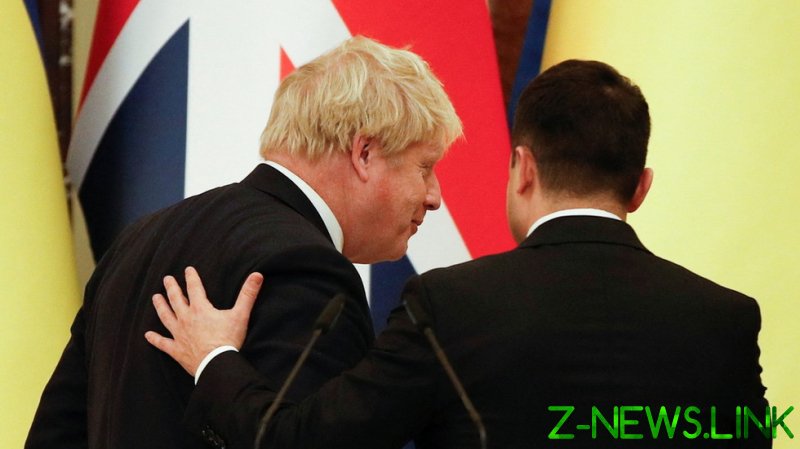 British Prime Minister Boris Johnson wants to make a “lightning” visit to Kiev, even though his own security services are “having kittens” over the proposed stunt, the Daily Mail reported on Monday, citing a Whitehall source.

Last week, the prime ministers of Poland, Slovenia and the Czech Republic traveled by train to the Ukrainian capital to meet President Volodymyr Zelensky, according to media reports and statements from the countries’ governments.

Johnson has publicly expressed his desire to support the Ukrainian leader in any way possible. His government, however, is skeptical that meeting him in person in Kiev would be advisable at this moment, the newspaper said.

“If you set aside the security concerns, which are considerable, the question is whether there is anything additional you could achieve by visiting in person, or whether it would just be a show of solidarity, and whether that is a sufficient goal in itself,” the source was quoted as saying.

The city has been living in a state of constant emergency since the first days of Russia’s military offensive, which was launched in late February. There are Russian troops close to the Ukrainian capital, with regular reports of damage done to various parts of the city.

Ukrainian officials claim Russia is deliberately targeting civilian facilities on a regular basis to terrorize the population. Moscow claims it only strikes military targets and that civilian sites are damaged by Russian fire only when the Ukrainian military deploys their forces near them. 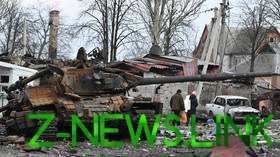 The three European prime ministers, Petr Fiala of the Czech Republic, Janez Jansa of Slovenia, and Mateusz Morawiecki of Poland, met Zelensky last Tuesday. The gesture of solidarity appeared to serve a secondary objective of confirming that the Ukrainian president has remained in Kiev, disproving speculation that his daily video appearances were somehow being falsified.

Britain has been one of the most vocal supporters of Ukraine both before and during the ongoing security crisis. Last week, Johnson had Zelensky speak to the heads of NATO allies from Nordic and Baltic nations, who had gathered in London for an event. Before that, the Ukrainian leader received a standing ovation after a televised address to the British Parliament.

Johnson had less success with an attempt to latch his party’s policies to Ukraine’s fight against Russia. He was criticized by many public figures for drawing parallels last Saturday between the Ukrainian resistance and Britain parting ways with the EU – “choosing freedom,” in his words.