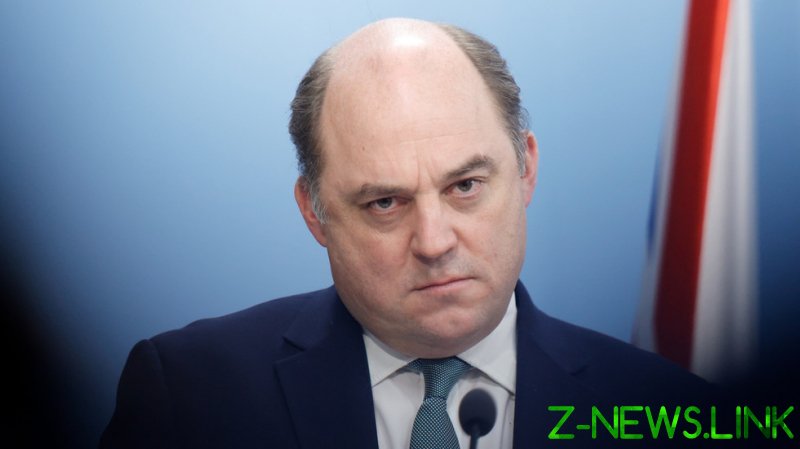 London has asked YouTube on Wednesday to censor any videos of the call between pranksters Vovan and Lexus – pretending to be the Ukrainian PM – and Defense Secretary Ben Wallace, claiming they are propaganda by the Russian state that was manipulated to show falsehoods and undermine British reputation and Kiev’s morale.

“We are calling on YouTube to help us support Ukraine by taking down videos doctored by the Russian state and disseminated to try and sap the morale of a people fighting for their freedom,” said the defense ministry (MoD) in London.

In the attached letter – which lacks the name of both the sender and the recipient – the ministry claims “the Russian State was responsible for the hoax call” and that “Russian disinformation presented in this video creates a substantial risk to UK national security” as well as “risk to international unity working to support Ukraine.”

The MoD claims the videos were “modified and edited” to show Wallace saying things that are not true, such as that the UK is “running out of our own” NLAW anti-tank missiles.

This is “factually incorrect,” the MoD said in the letter. “We have no supply shortages.” Another claim the MoD labeled false – presumably made by the pranksters – was that the NLAWS sent to Ukraine “often failed.”

“Any perceived failure of our lethal aid supplied to support Ukraine will provide an immediate detrimental effect upon the morale of Ukrainian forces,” the MoD letter said.

“I am confident you would not wish to be a conduit for Russian propaganda or be in any way associated with the potential consequences of this type of media manipulation,” the unnamed MoD official tells YouTube, demanding that the platform “remove (or at least block) access” to any videos of the call.

Wallace raised a stink over the call last Thursday, claiming he hung up on the person pretending to be Ukrainian Prime Minister Denis Shmygal after getting suspicious about the “misleading” questions. It later emerged that the Microsoft Teams call lasted for almost 10 minutes, and came while Wallace was visiting Poland.

Blaming the government in Moscow, the minister denounced the call as an example of “Russian disinformation, distortion and dirty tricks” and launched an internal security investigation into how the pranksters were able to contact him in the first place.

On Tuesday, the notorious pranksters Vladimir Kuznetsov and Alexei Stolyarov – going by the monikers Vovan and Lexus – confirmed they had been behind the call and posted several teasers, saying the full video would be up soon. The duo has a long history of pranking celebrities and public figures, including Canadian PM Justin Trudeau and Turkish President Recep Tayyip Erdogan. They have denied being agents of the government.