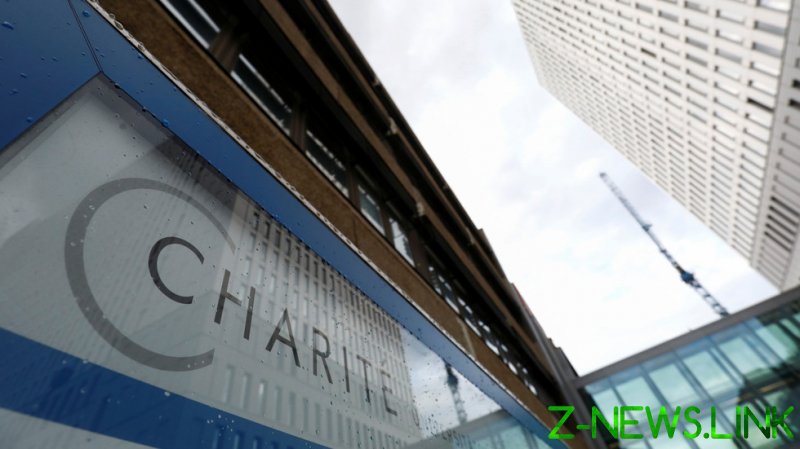 Wednesday’s article concludes that the actions of Russian doctors in Omsk, the Siberian city where he was first treated after falling ill on a flight to Moscow, were “presumably decisive,” noting that Navalny “had a very favorable outcome.” The Lancet also credits the protest leader’s good physical condition as another reason for his excellent recovery.

Navalny, who is described by the journal as “a 44-year-old man who was previously healthy,” is said to have suddenly begun to sweat, before vomiting, collapsing, and eventually losing consciousness on the plane which was traveling from Tomsk.

According to a report, written primarily by doctors based at the Charité Hospital in Berlin, where Navalny spent more than a month being treated, the activist arrived with a wide range of symptoms, including a slow heart rate, hypersalivation, hypothermia, and heavy sweating, amongst others. After tests in a laboratory, he was found to have severe cholinesterase inhibition. This diagnosis was released to the public on August 24, four days after he fell ill and two days after arriving in Germany. The Russian clinic where he was first treated contradicted this finding, saying they found no cholinesterase inhibitors in his blood.

The report writes in great detail about the changes in Navalny’s condition, noting that “on day 12, the patient started to breathe spontaneously” and “could subsequently be weaned from mechanical ventilation completely by day 24.” He was released on day 33. On day 55, during his last follow-up appointment, doctors found a “near-complete recovery.”

The Lancet also details that Novichok, the poison said to have been given to Navalny, is an organophosphorus compound – most commonly associated with pest control.

“Organophosphorus nerve agents exert the same mechanism of action as do organophosphorus pesticides,” the article says, noting that South East Asia sees more than 100,000 annual deaths due to this type of poisoning.

In conclusion, the authors wrote that the immediate medical actions taken in Russia were probably the deciding factor in Navalny staying alive, noting that “intubation and mechanical ventilation within 2–3 hours of symptom onset” and the “absence of preceding severe hypoxia.”

The Lancet, published in London, is among the world’s oldest and best-known medical journals. Earlier this year, it published details of Russia’s Sputnik V Covid-19 vaccine, including a study showing it to be 100% effective.

However, the publication is not without its controversy. In June, the journal was forced to retract an article on hydroxychloroquine, a potential coronavirus treatment. The report caused the World Health Organization (WHO) to end all clinical trials on the drug, before it was revealed that it was riddled with errors.

On August 20, Navalny fell ill on a flight to Moscow from the Siberian city of Tomsk. The plane was forced to emergency land in Omsk, another Russian city, where he was taken to the hospital and placed in a coma. After requests from his family and associates, he was flown to Berlin’s Charité Clinic for treatment. Shortly after arriving in Germany, doctors announced that the opposition figure had been poisoned with Novichok. Russian doctors continue to deny that any poisoning was detected. On September 23, Navalny was discharged.