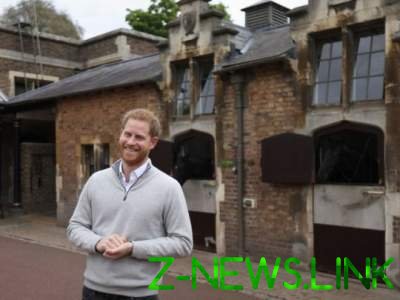 Hint did the Prince himself.

May 6, subjects of the British crown finally waited for the birth of the first child of Prince Harry and Meghan Markle. Declaring to journalists about the birth of a son, Harry said that he and his wife still thinking what name give to a child. And that their decision will be announced later.

However, the publication of the Daily Star, which previously correctly predicted that the Duchess of Sussex will give birth to a boy, suggests that the Prince has already hinted that the name will get his heir. And he did it with… horses.

Harry gave a brief press conference to journalists in front of the stables at Windsor castle. Behind him were seen two horses. And as suggested in the press, on purpose. The names of these horses – George and Sir John. The first name is already taken – it is a newborn cousin, the eldest son of Prince William and Kate Middleton. As writes the edition, it turns out that Harry alludes to the fact that his son will be called John. In the Royal families of Britain at the moment there is no one with that name.

See also:  In Scotland under the building of the orphanage found a terrible discovery