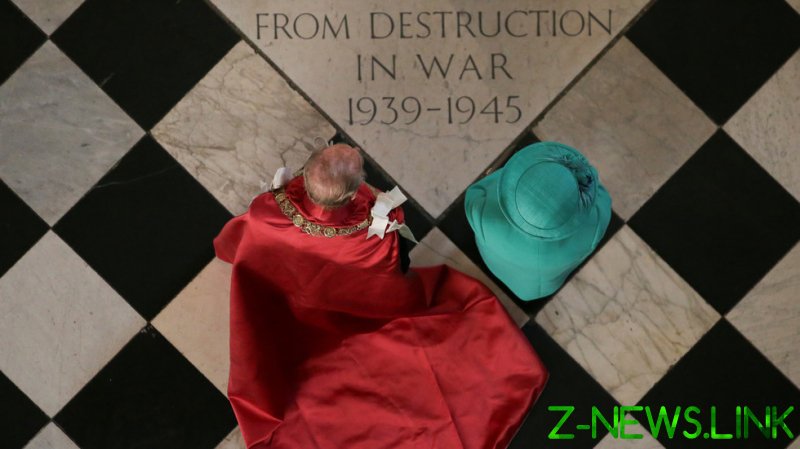 With allegations of tacit racism in the British royal family being the story of the week, many political commenters had a thing or two to say about the UK and its entrenched institutions. One of the more remarkable takes came from John Noonan, a US nuclear expert and security adviser to several Republican politicians, including Jeb Bush and Mitt Romney.

“What’s strange and unique and weird and special about Britain is that they give all their land conquests back because people asked them to,” Noonan wrote on Twitter.

He added that “up until Western democracies came on to the scene, the idea of giving up hard won territory was considered lunacy,” and that the British “get a bad rap, is all!”

He is certainly right about the fact that Britain gets a bad rap for its colonial exploits. There is no shortage of people who demand plundered artifacts stored at the British Museum to be repatriated to former colonies and for statues honoring key imperial figures to be toppled, regardless of their lifetime achievements. So it’s no surprise that Noonan was quickly bombarded with examples of how Britain’s retreat from conquered lands was far less amicable (and in some cases didn’t happen at all) than he described.

There are plenty of historic examples that contradict Noonan’s scenario, like the US War for Independence or Britain’s transfer of Indonesia to Dutch East Indies in the 19th century. But even if one were to stick to the post-WWII period of decolonization – which was what Noonan had in mind, as he later explained – Britain’s relinquishing of global power was not that peaceful, many commenters pointed out.

Exhausted by the struggles of two world wars, London conceded the mantle of champion of the Western world to a rising US. Whether it was primarily due to a pragmatic calculation, or public weariness with the cruelties that Britain exercised as a colonial overlord, is open for debate.

As the 1982 Falklands War showed, a smaller Great Britain didn’t lose its taste for spilling blood in defending its old conquests. But some lands the UK indeed handed over in a more orderly fashion – most notably Hong Kong, which it returned to China in 1997.

Questioning London’s sovereignty over Scotland, Wales and Northern Ireland, as some commenters did, and bringing up Noonan’s own Irish ancestry, is probably a stretch beyond the debate over post-WWII decolonization, however. The expert joked that since his ancestors raided Roman territories in Britain, his family probably owed some apologies too.

Noonan arguably has a point in arguing that the rush to measure historic decisions by modern standards may not be the best way to move forward. And he seems to be content with a surge of Twitter followership after fending off critiques with witty retorts. He probably didn’t expect his comment to get such a strong reaction, judging by his sharing of an Onion story titled: ‘Woman Wouldn’t Have Wondered Aloud How Microwaves Work If She Knew Friend Was Going To Launch Into Answer.’ But he did acknowledge that his initial tweet was “sloppy.”