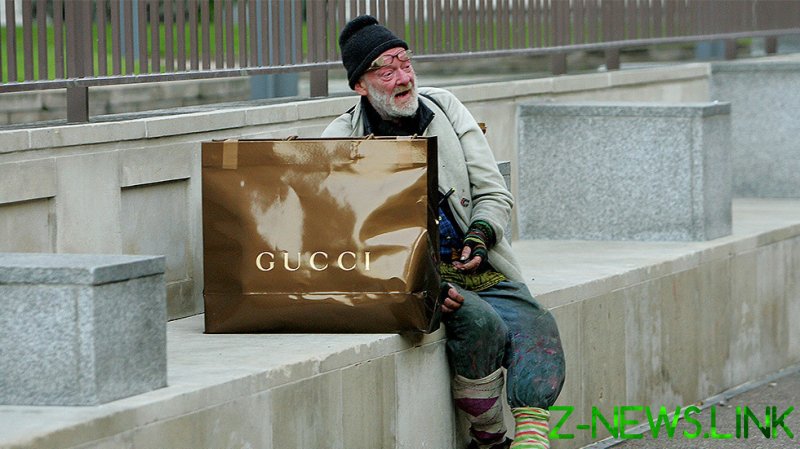 The tiny minority currently holds almost £800 billion more wealth than suggested by the country’s official statistics, the study reveals, suggesting that this could be a conservative estimate and the actual figure could be even higher.

The report represents a considerable increase on the official data, which reportedly omitted the assets of very wealthy households. The London-based thinktank said the total share of UK wealth held by the top one percent of citizens amounts to more than 23 percent, compared to 18 percent recorded by the government.

The foundation is urging UK authorities to gear up on restricting relief on capital gains tax and inheritance tax. It is also pushing for an earlier introduction of a council tax supplement of one percent on properties worth over £2 million. The measure would reportedly bolster the country’s chances of tackling the Covid-19 fallout, along with the costs of an ageing population.

“The UK has undergone a wealth boom in recent decades, which has continued even while earnings and incomes have stagnated. But official data has struggled to capture these gains, and misses £800 billion of assets held by the very wealthiest households in Britain,” said Jack Leslie, an economist with the foundation, as quoted by UK tabloid the Daily Express.

“With the country facing a decade of mounting fiscal pressures, now is the time for Britain to do a better job of taxing its record levels of wealth by reforming our capital gains, inheritance and property taxes,” the expert added.

Since the global financial crisis of 2008, wealth has been boosted by growing asset prices, including plummeting housing values, land or stocks, rather than via active saving. Up to 93 percent of financial wealth has been reportedly generated by the rising value of assets such as housing.

In December, the UK’s Wealth Tax Commission proposed the introduction of a one-off tax on assets worth more than £1 million per couple, including the value of the family home and accumulated pension entitlements. The board of experts, convened by the London School of Economics and Warwick University, recommended a one-percent levy per year for five years, which is expected to raise £260 billion to help close the fiscal gap created by the coronavirus pandemic.