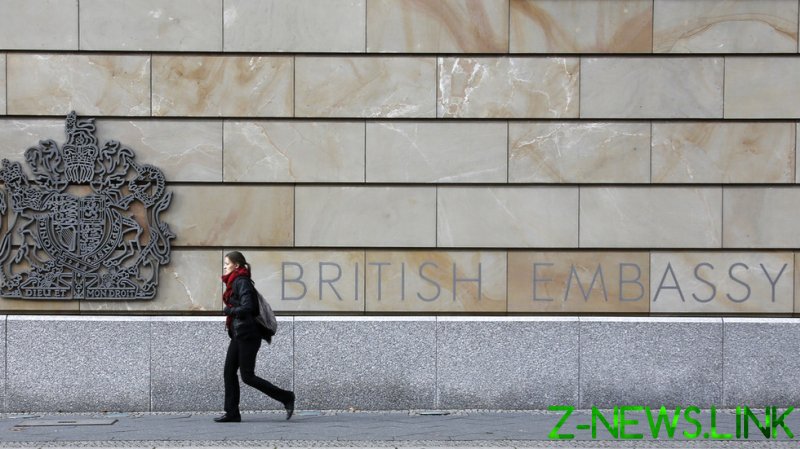 In a statement issued on Wednesday, the office of the German Prosecutor General confirmed that a UK national, known only as David S., had been detained.

According to the authorities, “until his arrest, he had been an employee at the British Embassy in Berlin. On at least one occasion, he forwarded documents obtained in the course of his professional activities to a representative of the Russian intelligence service.”

As part of this scheme, prosecutors allege, “in return for providing information, the accused received an unknown amount of cash.”

The operation to capture the purported spy was reportedly planned jointly by British and German intelligence agencies. A case will now be brought against David S. for supposed espionage, and his home and workplace have been searched.

In June, Germany announced it had detained a Russian scientist working at a university in the country on charges of spying for Moscow. Investigators claim he received payment to pass on information. In accordance with the country’s privacy laws, which prevent the disclosure of full names of suspects, the researcher was identified only as Ilnur N.