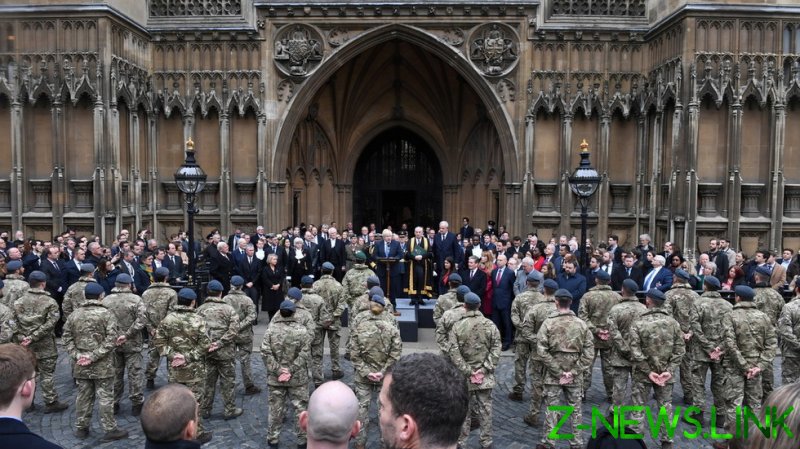 “The world is undoubtedly more prosperous today and yet our security outlook is far more complex and dangerous than at any time over the past 30 years,” the admiral said in a speech Tuesday, his first as the head of the armed forces.

Radakin named Russia, China, Iran, and North Korea as the four main rivals to the UK and its allies.

Russia, on the other hand, presents a “threat to our values and interests,” while Iran and North Korea could present potential “nuclear or ballistic” threats, Radakin said.

“We have to ‘up the punch’ we bring across all domains as increasingly, the political need is for ‘high impact and low footprint’ operations,” he said.

In his speech, Radakin also called for more diversity in the military’s ranks, particularly more women. He also touched on false expense reports filed by some military members for personal benefit, such as claiming false school costs.

“This is not about wokefulness. It is about woefulness. The woefulness of too few women … not reflecting the ethnic, religious and cognitive diversity of our nation … not following our own values, whether respect for each other or the simple integrity of claiming expenses,” Radakin noted.