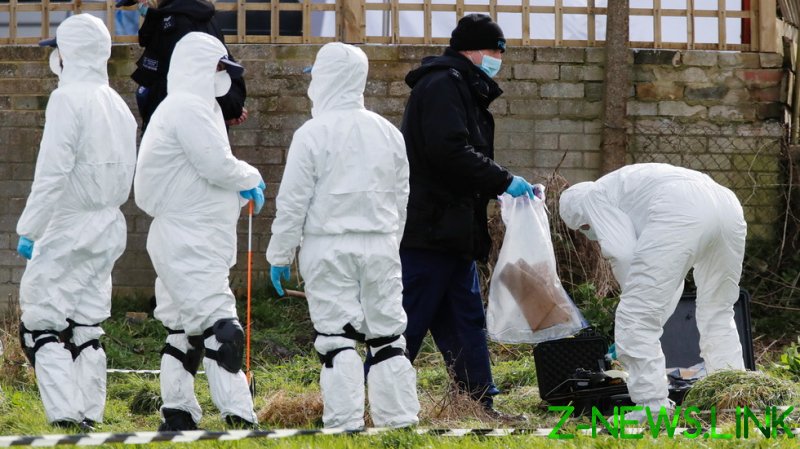 Surely we need to heal division and come together in times like these, so why aren’t we?

It’s sadly taken a horrendous event to knock Harry, Meghan and the rest of the Buckingham Palace gang down the news cycle. Londoners have been stunned to hear a missing woman’s body has been found.

Sarah Everard, 33, disappeared in Clapham, south London, walking home from a friend’s house last week. The man arrested on suspiction of her murder is a serving Met police officer, part of a specialist unit that protects diplomatic embassies in the city. He also had to be taken to hospital after injuring himself in his cell, before being returned to custody.

It’s the sort of crime that would be the plot line of a gripping TV show. Fear and warnings have swept across Western Europe’s biggest city. There’s been accusations that men need to assume more responsibility as a group and that it’s unacceptable that women have to take precautions like walking on busy streets, being home by 9pm and not wearing revealing clothing. All that has a place and should be discussed.

But people in the local community announced plans to hold a Saturday evening vigil for Sarah in Clapham Common, which is along the route she walked on her final night alive. It was apt, classy and a way to allow for friends and family to mourn, outside of a Zoom call.

Initially, the police seemed supportive but then withdrew their cooperation. In addition to that, they told organisers they “could face tens of thousands of pounds in fines and criminal prosecution under the Serious Crimes Act.”

This was under the auspices of Covid-19 restrictions. But the organisers were clear that mask-wearing and social distancing would be enforced, and the event was being held outdoors in a large park.

The matter was referred to the courts, who sided with the police’s decision.

The police have a tough job to do and it’s no reflection on the rank and file officers that one rogue has been arrested in connection with a murder. However, the handling of the planned vigil is like a scene from The Handmaid’s Tale, set in the totalitarian state of Gilead.

When a community has been scared witless by a heinous crime that has potentially been committed by someone paid to protect them, then a process of healing has to be allowed to happen.

The number of cases of Covid-19 is at its lowest in England since September and over 23 million people have been vaccinated. So from that point of view, things are in a relatively good position. Besides, the type of people who come to a vigil are hardly the sort of hooligans we saw holding illegal raves in the summer, with no social distancing or regard for public safety.

The problem is Britain seems to have become a place where all nuance is lost. It used to be able to handle balance and understanding, but things have changed dramatically. The government-funded BBC became so left-wing that there is now a vibrant Defund The BBC campaign supported by hundreds of thousands. The Royal Family have been accused of racism, the whole world is talking about it and the future king Prince William’s terse reply is: “Very much not a racist family.”

Now the police and government have poured petrol on the fire by threatening to punish participants of a moving tribute to an innocent murder victim.

Sister events are also planned in other cities – Cambridge, Cardiff, Leeds, St Andrews and Liverpool – which shows the strength of feeling for what has happened. After all the bitter division of BLM, Brexit and anti-lockdown protests, this was something that seemingly no one could fail to unite on.

But British society seems to be gradually losing its dignity. Manners, etiquette and discretion are themes that the country likes to trade on, but our authority figures don’t exhibit them. The police should never have attempted to stop the vigil; the government should have stepped in too. They should have appreciated that the city is afraid and be mindful that it’s one of their officers who appears to have caused that. It could have been managed to plan for 500 people to arrive at Clapham Common and remain for 30 minutes.

That would allow the community to have a moment, but not cause worries of a Covid-19 spike.

The same could have been provided for at the other planned cities, with times all agreed and the police fully aware of what to expect. But threatening people with the Serious Crimes Act is beyond the pale.

If we lose our ability to empathise, then we lose what makes us human. Imagine scenes of London’s Metropolitan arresting people at a vigil to pay tribute to a friend who’s been killed.

Britain has slipped from being a beacon of order to operating under quasi-martial law at the moment. You have to wonder how the police chiefs can have constructively sat around and thought that banning a vigil in this way was the best thing to ensure people feel safe.

Even dragging the matter through the courts is undignified.

If calls soon begin, like they have in the US, to Defund the Police – don’t be surprised.

They have brought it on themselves in this case. It’s time for a rethink, engage with people, treat them like human beings and apply common sense. There is a difference between fear and respect, and London’s police force needs to remember that.