Home / WORLD / Britain’s year of lockdowns has been marked by the elite’s incompetence, hypocrisy and utter disdain for the masses

Britain’s year of lockdowns has been marked by the elite’s incompetence, hypocrisy and utter disdain for the masses 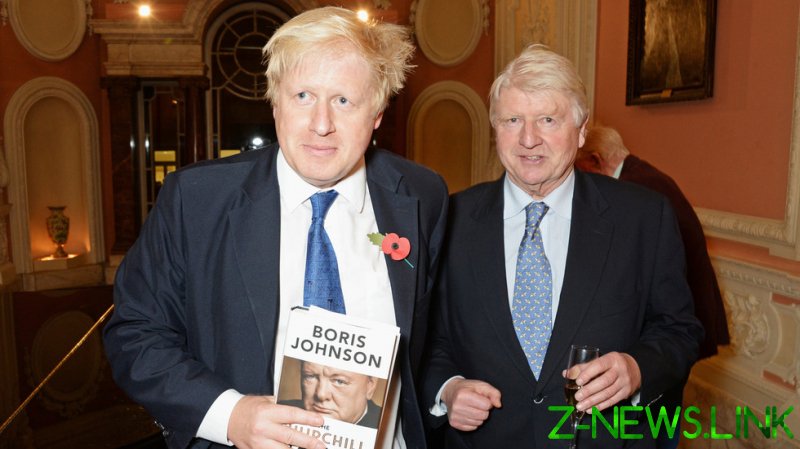 It’s a year to the day that Prime Minister Boris Johnson instructed the world’s fifth-biggest economy to shut down. He told British citizens to stay at home, and closed the UK.

In the blink of an eye, London, where I am based, went from a global metropolis to a ghost town. Streets were deserted, all future plans were scrapped and life ground to a halt.

Johnson announced, “Each and every one of us is now obliged to join together, to halt the spread of this disease.”

That bookends seamlessly with his one-year anniversary announcement, nicknamed ‘The Stanley Johnson loophole’. It allows Britons to leave the country to tend to homes they own in foreign lands. The name apes Boris’s dad breaching the rules to fly to his Greek villa last July.

Why is it seamless? Because it hammers home how inept the British government has been. There are serious expectations of a third wave of Covid-19 washing across the country, but it is inexplicably allowing people to travel, although only those wealthy enough to own multiple homes.

One rule for them and one rule for us; it’s been the story all along. One of the lockdown architects was government advisor Professor Neil Ferguson, whose modelling predicted that 250,000 could die without action. Only it turned out that the academic was flouting his own rules by having a relationship with a married woman, breaking social distancing guidelines. He resigned in disgrace.

That was bettered by BoJo’s right-hand man Dominic Cummings. He claimed during a live press conference that he drove 264 miles from London to Durham to stay with his parents, who would be looking after his kids. Cummings suspected he may have Covid-19, and wanted support.

This followed foolhardy Boris himself. He ignored warnings from health professionals to attend an England rugby match with his pregnant fiancee, Carrie Symonds, in March – along with 81,520 others. The PM also slammed further advice on avoiding physical contact during public visits and boasted, “I am shaking hands.”

Weeks later, he contracted Covid-19, was admitted to hospital, ended up in intensive care and almost died. Of course, he was afforded the best possible care and returned to full health.

And what about Winston Churchill’s grandson Rupert Soames? He’s also the CEO of Serco, which has been involved in delivering the much-criticised £38 billion Test and Trace program.

He explained a lockdown-breaking trip on an overnight sleeper train from London to Inverness as a way to meet train staff, because his firm operates the line. But Soames was then spotted three hours away from Inverness on a boat in Loch Ness, close to where he owns a country estate.

And the reason for his huge detour? He had to conduct interviews as he was seeking to employ a new estate manager.

It’s that stark. Four individuals from the elite who decided to ignore the rules because of influence, lust, power and wealth. That’s the tone which has permeated the whole Covid-19 experience in the UK.

The poor, vulnerable and disenfranchised have suffered the most due to underlying health conditions, living in cramped conditions or unemployment.

This has been compounded by the incompetence of Britain’s leaders. Along with Boris, the figureheads of the devolved nations Nicola Sturgeon (Scotland), Mark Drakeford (Wales) and Arlene Foster (Northern Ireland) also have to shoulder part of the blame.

They all knew in 2016 that we weren’t prepared. A trial pandemic exercise was conducted and the response was so bad, the report stated “the UK’s preparedness and response, in terms of its plans, policies and capability, is currently not sufficient to cope with the extreme demands of a severe pandemic that will have a nationwide impact across all sectors”.

Nothing was done. Then when it did come, our leaders brushed it off. Then it hit and they flouted the rules. The masses were left to flounder and die. There were numerous reports of a lack of PPE, orders for equipment that was unsatisfactory and allegations of corruption in handing out public contracts related to Covid-19. The country was told it could enjoy Santa Claus and forget about the global pandemic. We could press pause, supposedly. But then Boris changed his mind and Christmas was cancelled.

The population has lost faith in our leaders, which probably explains why there has been so much public disorder, with Black Lives Matter last summer and more recently at the Sarah Everard vigil and last weekend in Bristol. The combination of being locked down for a year and the utter disdain Boris and his cronies have shown for the unwashed masses is almost certainly contributing to these flashpoints.

By and large the public has pulled together, with over one million joining a national volunteer programme to help others in need. Neighbours are doing tasks for those who are shielding and communities have rallied around.

Towards the end of his infamous 2020 lockdown announcement, Boris said, “The people of this country will rise to that challenge.”

It’s a tragedy that he and the rest of the elite haven’t. Britain has been betrayed.