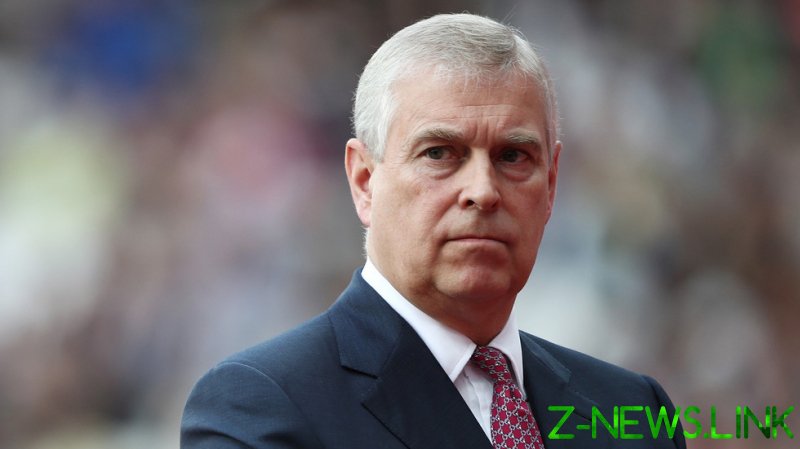 The announcement was made by the Palace in a brief statement on Thursday.

“With The Queen’s approval and agreement, The Duke of York’s military affiliations and Royal patronages have been returned to The Queen,” the statement reads.

“The Duke of York will continue not to undertake any public duties and is defending this case as a private citizen.”

The move comes a day after Prince Andrew’s lawyers failed to persuade a US judge to dismiss the sex-abuse lawsuit against the royal on a technicality. The case revolves around allegations raised by Virginia Giuffre, who claims the prince had engaged with her in sexual activities back in 2001 when she was a minor.

Giuffre claims that she was trafficked to the British royal for sex by late pedophile billionaire Epstein and his recently-convicted associate Ghislaine Maxwell.

Prince Andrew has denied sexually abusing Giuffre, saying in a 2019 interview that he did not recall ever even meeting her. A publicly available photo of the royal, however, shows the prince with his hand around Giuffre’s waist, as the two were pictured in London.

Earlier Thursday, more than 150 military veterans petitioned the Queen to ask her to strip her son of his honorary military roles, and floated the idea to have him dishonorably discharged as well.

“We are particularly upset and angry that Prince Andrew remains a member of the armed forces and continues to hold military titles, positions and ranks, including that of Vice Admiral of the Royal Navy,” the veterans said in an open letter.