Home / WORLD / Britain’s obsession with empire, as portrayed in yet another dreary TV drama, shows how marginal & mediocre the country really is

Britain’s obsession with empire, as portrayed in yet another dreary TV drama, shows how marginal & mediocre the country really is 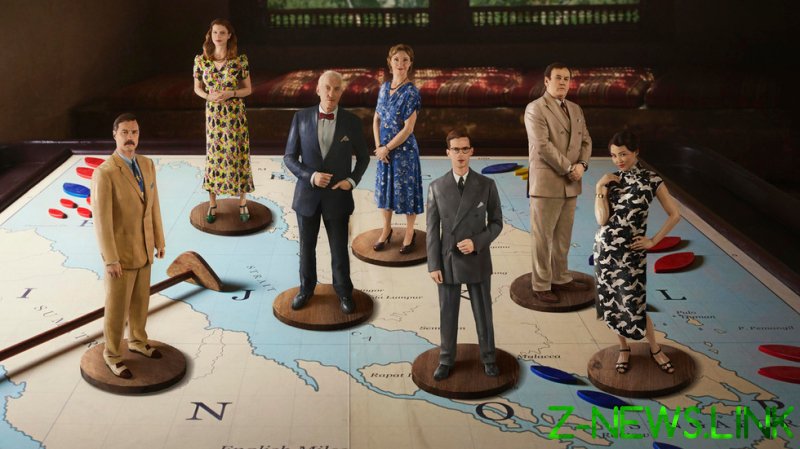 Britain’s empire has now been lost for almost as long as most of it existed. The Raj, for instance, disappeared with Indian and Pakistani independence 73 years ago, having been established only 90 years before that. Despite almost no Britons today having any lived experience of it, that very brief moment of imperial grandeur casts an unbreakable spell over their imagination, expressed in a national obsession with abysmally written, third-rate colonial dramas in which ham-faced Brits sweat profusely in their starched collars while swilling too much gin and lording over and lusting after the natives.

This year’s dreary, coma-inducing dose of nostalgia comes in the form of ‘The Singapore Grip’, a supposedly satirical drama about Britain’s ignominious defeat by the Japanese in 1942 that began airing on Sunday night. The Battle of Singapore was a moment as pivotal in modern history as that of Stalingrad or the Normandy landings, when European power in Asia collapsed for good, leading to the decolonising of the planet’s most populous region and America’s increasing enmeshment with it.

The rise of China, India and the rest of the continent all have an antecedent in that event, but rather than using it as an opportunity to teach the public something about the world and its position within it, the broadcaster, ITV, has chosen, yet again, to feed the national addiction to soothing, morphine-shot fantasies about a bygone age when the British were top dogs.

Posing as a historical drama, the show contains plenty of classic cars, tailored linen, Brylcreemed coiffs and plantation mansions – accompanied with a noisy, incessant big-band score to help the more stupid viewer to recognise that it’s all set, you know, in the 1940s –  but pathetically little history. It focuses mostly on a seedy plotline in which a slimy three-piece-suited English businessman cajoles his nubile daughter into seducing his boss’s son. Blonde, bouncy and summer-frocked, “Of course, I will!” she exclaims. “Whatever he’s like!”

After an hour of this rubbish, one is left with no sense of how or why the British were in Asia, or why the Japanese were in the process of evicting them. One does, however, get a good insight into the deeply confused relationship the British have with their past and the rest of the world.

Britain is a country neurotically obsessed with its lost empire, yet obstinately reluctant to learning anything about it – a disorder that leads to shows such as this, full of white colonists intriguing among themselves for advancement, while having nothing to do with the natives other than giving orders to grovelling staff or when seeking sexual favours. The only significant non-white presence in the first episode is a beautiful Chinese woman who throws herself at the mercy of white saviours, and a pair of turbaned and semi-naked ‘yogis’, hired as party entertainment, who chant a Sikh liturgy before breaking tea cups on their heads and eating them, after which one bites the head off a live snake and eats that too – depictions that would sit well in a Leni Riefenstahl or DW Griffith feature.

The British characters are almost all either shysters, stupid or incompetent – a weak effort at satire that only obfuscates the politics rather than critiquing it. And the lack of any native narrative leads, of course, to a strong suggestion that the empire was a sort of mutually agreed voluntary enterprise, with no hint of the repressive system that kept a tiny clutch of white people sipping cocktails in palatial fan-cooled manor houses while millions of Asians slaved away in the fields: a wilful denialism adhered to by the British to this day.

The show is a dramatisation of a novel by JG Farrell, a third-rate writer whose trilogy of empire-era fiction, written in the 1970s – of which this is the last – are wisely ignored by the cognoscenti today. But the resurrection of this book for a TV series now is consistent with the popular, empty-headed manias of a Brexit Britain that last month had a fit of hysteria at the possibility that the BBC might stop broadcasting renditions of ‘RuleBritannia’ – a trashy if jaunty piece of jingoistic doggerel set to sailor music – as if were the equivalent of banning Wagner in Germany or Shostakovich in Russia. That a composition no better than the average nursery rhyme is an unofficial anthem should have been a cause for national embarrassment and its retirement welcomed, not railed against.

The saddest irony in this land where irony began is that the more Britain does to revive a sense of itself as exceptional and essential to the world – be it through leaving the EU, holding onto childish ditties or producing inane costume dramas – the more peripheral and mediocre it reveals itself to be. 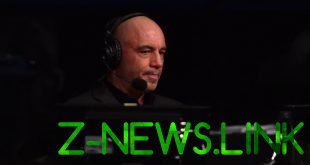 Snowflakes at Spotify want Joe Rogan canceled for ‘transphobia’. His real crime is success as a free thinker 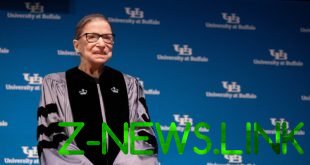 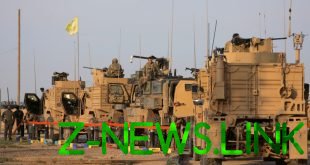 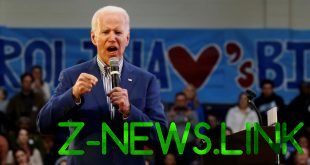 On Russia, Joe Biden’s mouth is writing checks the US can’t afford to cash

Joe Biden talks a good show. “I believe Russia is an opponent, I really do,” …