Home / WORLD / Britain’s inexorable submission to ‘wokeness’ is the logical, final step towards its total assimilation into the American empire

Britain’s inexorable submission to ‘wokeness’ is the logical, final step towards its total assimilation into the American empire 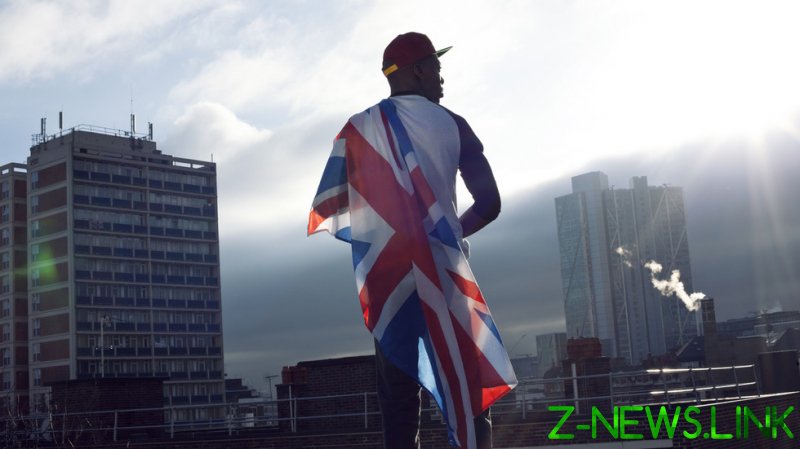 As the Queen is head of state, the British monarchy is supposedly above politics. No monarch in modern times has ever endorsed any political movement. So when the Queen, last week, apparently expressed her support for the American racial-equality project, Black Lives Matter, it marked a tectonic shift in the cultural and constitutional fabric of the United Kingdom towards institutional wokeness, enshrining the supremacy of US values over British ones.

Over the weekend, football fans across England watched their teams continue to take the knee for a second season in succession, having seen the England team do so in front of a Poland side that refused to join in before their match in Warsaw. In the summer, during the England-Germany quarter final of the Euros, Three Lions captain Harry Kane wore a rainbow armband in “solidarity” with the LGBTQ+ community.

I don’t question the honourable intentions of the players who make these gestures, and share the sentiments they express, but I am struck by how no other equally diverse national team or league – those of Brazil, France or Belgium – are nearly as dedicated to it. Are they not as interested in racial justice? Britain’s slavish emulation of American wokeness, I would say, speaks more of its national malaise than of its commitment to equality.

Britain’s right-wingers very dishonestly blame the rise of wokeness on a fictitious London-based ‘metropolitan elite’, when it is a very clearly defined agenda of the American establishment. Whether it’s General Mark Milley, the chairman of the Joint Chiefs of Staff, defending critical race theory, or the highly inclusive recruitment ads for the US Army and CIA, it’s obvious that wokeness is not the product of subversive radicals operating from the margins of society, but a project that has the full support and direction of America’s vast military-political machine.

Wokeness makes perfect sense in America, an individualist immigrant society whose already enormous diversity accelerates each year, and which is rapidly moving towards becoming a minority-white country. Indeed, the last census showed a decline in the white population for the first time. The zeal and sudden ubiquity of woke thinking across the US is simply a forceful state-backed attempt to belatedly bring the nation’s institutions and philosophy in line with demographic reality.

In Britain, however, wokeness and the arguments against it are just another dreary example of the country’s servile Stockholm Syndrome style obeisance towards the US. Hearing of the Queen’s support for BLM, and watching the England team take the knee, I was struck by how America usually has to carpet-bomb countries in order to achieve a fraction of this obedience. By contrast, Britain has submitted without a gun pointed at it. Not even a brutal 20-year occupation, costing $2 trillion, could make the Taliban surrender.

I have far more respect for the mujahideen than I do for the drips who pretend to be defending Britain from the phenomenon. The weakness of Britain’s resistance towards wokeness has the suspicious stink of tacit acceptance about it. Be it Douglas Murray’s Jeeves impersonation on GB News – the explicitly anti-woke, joke news channel that makes QVC look like CNN – or the compulsive relentless honkings of Piers Morgan’s Twitter feed, Britain’s self-proclaimed saviours are uniformly useless – deliberately so, one might argue. It can’t be a coincidence that the A-Team of this country’s ideological Right – that includes figures as insipid as Laurence Fox and Darren Grimes – doesn’t even look like a plausible 5-a-side football team, let alone a movement for national salvation. Indeed, I can imagine Taliban commanders made their troops watch Andrew Neil’s risible imitation of Henry V at Agincourt to fill them with confidence, before sending them to chase British troops from the field.

Like the cargo cults of the Pacific islands, when indigenous tribes people mimicked the behaviours of US servicemen stationed there in the hope that it would make planes appear in the sky and drop supplies, the British believe that simply aping America will confer some of America’s greatness upon them. And the real purpose of the Woke War is neither to support nor reject wokeness per se, but for Britain to look and sound as proximate as possible to America in the mistaken belief that this restores Britain’s diminishing status in the world. The intensity of these arguments are merely the misplaced passions of a people for whom a culture war over transgender rights is the closest they dare come to fighting an actual bullets-and-bayonets one.

Britain is on course to become the wokest state in the world – far more than any Democrat one in the US – exceeding California and New York. Now that Meghan Markle has leveraged the awesome power of America’s black celebrities in her battle against the UK monarchy, it won’t be long before the institution, along with Britain’s curriculum and museums, is ‘decolonised’ entirely. As with previous constitutional crises, it would be no surprise if the House of Saxe-Coburg-Gotha – or ‘Windsor’ to most people – were replaced by a foreign monarchy, as happened when William of Orange took the throne in 1650 – this time, maybe, by a West African one. Giving the crown to the House of Asante, for instance, would be an easy way to solve the impasse Britain’s establishment faces now, winning limitless woke points in America and rebranding the nation wholesale in the eyes of the world. Ghana’s long and close links to Britain would make this transition a smooth and effective one.

It’s time for Britain to give up its phony war against wokeness and embrace it as the natural destiny of the US-dependent people they are. Having left Europe, Britain’s only future is to dissolve away into the greater American empire, forgetting that it had even existed. And Britain’s right-wingers, having always been the most vociferous supporters of Britain’s enmeshment with the US, are the ones who are most responsible for this.