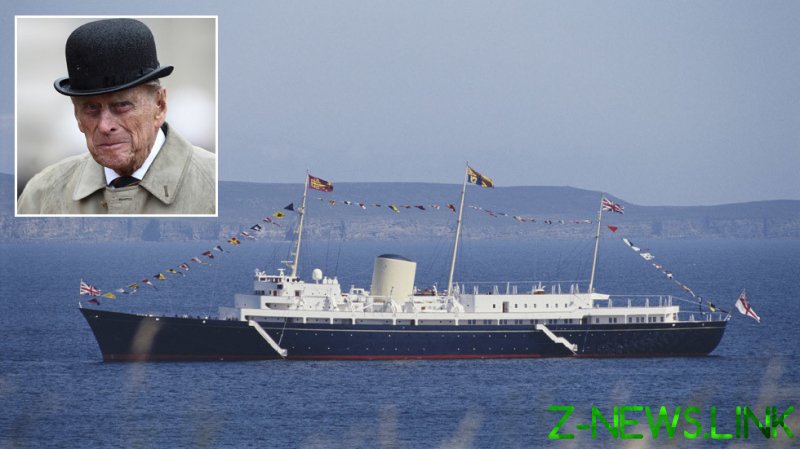 Britain’s elite are transfixed by class, but are simultaneously utterly classless.

The country is reeling from a shambolic Covid-19 performance by the authorities and bungled Brexit negotiations. Northern Ireland is witnessing scenes reminiscent of The Troubles, as police are firebombed and attacked.

Prince Philip’s death came amid all of this and has further polarised the population. The BBC has received a record number of complaints for its wall-to-wall coverage, to the extent it has had to create a dedicated online portal.

With all this going on, it seems incredible that plans are afoot to commission a new royal yacht in Prince Philip’s name. Members of Parliament and government ministers feel it’s an apt way to spend £190 million.

Tory MP Craig MacKinlay, who has been co-ordinating the plans, said, “The towering figure that was the Duke of Edinburgh deserves a permanent tribute to his support for the country, the Commonwealth and the Queen.”

An ocean-going memorial is felt to be appropriate because Prince Philip was a naval officer and adored the former royal yacht Britannia, which he is reported to have travelled 70,000 miles on.

Supporters have also briefed that it could also be tied to the Queen’s 70-year platinum jubilee anniversary next year.

According to royal-supporting newspaper the Daily Telegraph, it was no secret that Philip wanted a replacement after Britannia was retired in 1997. He’s recounted as asking a fellow member of the Royal Thames Yacht Club about what sort of vessel he had and when he replied he couldn’t afford one, the Duke responded, “And neither, it seems, can we.”

The big issue with this whole plan is that it’s expected to be funded by taxpayers. Ordinary people will see their hard-earned contributions splurged on an extravagance to take hugely privileged people – whose income already depends on the taxpayer – to foreign climes.

An unnamed government minister was also quoted as saying that “it could also be a flagship for reinvigorated British shipbuilding.” But that is tone-deaf.

The problem Britain’s manufacturing industry constantly faces is that other countries can produce things more affordably and efficiently. Taking money that belongs to the public to place a giant order is a false stimulus and will reinvigorate nothing.

Another ham-fisted attempt to convince doubters about the worthiness of the project is the notion that it could double as a hospital ship or training vessel. But if we need either of those, wouldn’t it be far better to build them for that sole purpose?

Besides, it’s very hard to see how the luxury the royals are used to dovetails with a floating hospital. Should we commission a royal jumbo jet which doubles as a school? Or what about a new royal train that also operates as an art college?

The tacky attempts to sell the proposed new yacht as potentially beneficial to the public only serve to demonstrate how deluded the British establishment is.

Some of them actually believe the ordinary person would be gullible enough to think a royal yacht is of tangible benefit. It’s like an episode from a cringeworthy mockumentary; you can imagine them holed up in grand state building confidently saying “they’ll love it.”

None of the royal family has yet to comment on the plans, which is generally interpreted as a nod of approval. They rarely say anything unless it’s to correct a perceived wrong, which is why they maintained radio silence, aside from a few lines of no substance, despite the bombshell revelations of Prince Harry and Meghan Markle.

The British state has no grasp of reality. The days of blindly using the country as its own piggybank unhindered is over. Voters can’t stop the yacht being built, but they can rise up and protest, unlike previous generations. The torrent of complaints to the BBC is proof of that.

The deference to the Queen and her family is gone, and a lot of it is their own doing.

Recently, after a year of lockdown, it was announced Buckingham Palace could not open up as normal this summer, but due to the tough times, people would be able to visit its gardens.

However, instead of offering free or even discounted entry as a gesture to boost morale, the palace are insisting on charging £16.50 for adults and £9 for kids.

And the thinking behind the new yacht is the same: let us do something for us, but pretend it’s about you and you can pay for it. Even the practicalities make no sense. It would seemingly be used by Prince Charles, Prince William and their families. But what will them bobbing about in the Bay of Biscay do for anyone apart from offering the House of Windsor’s finest an enjoyable, lavish holiday?

No death is a good thing and everyone is entitled to respect. But the Duke of Edinburgh’s passing has to be seen as the end of an era. It should offer a chance to look forward and reshape things.

This idea of a new £190 million royal yacht is an abomination and any decent, democratic society would discount it immediately. Britain’s food banks have seen record numbers of visits. Tens of thousands have lost their jobs due to the pandemic and its aftershocks. So, let’s send this hare-brained scheme off to where it belongs – into the distant sunset, never to be seen again…