Home / WORLD / ‘Britain’s deployment is not to be provocative,’ says defence sec as UK sends aircraft carrier and other warships towards China

‘Britain’s deployment is not to be provocative,’ says defence sec as UK sends aircraft carrier and other warships towards China 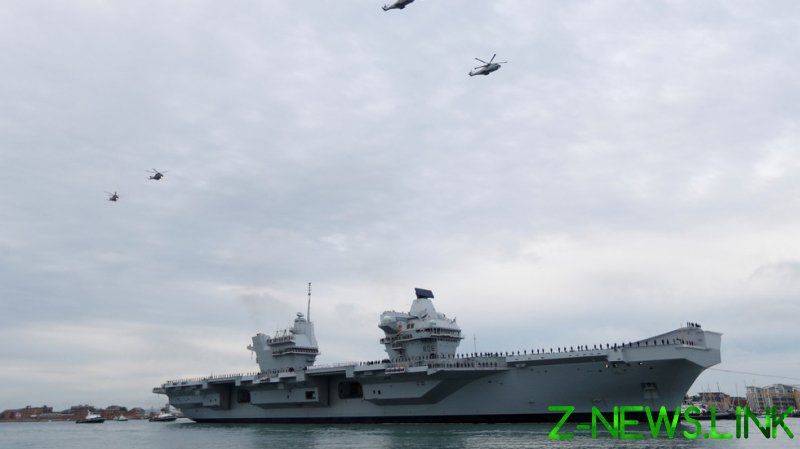 Speaking on Monday, Defence Secretary Ben Wallace told Sky News the deployment of HMS Queen Elizabeth, on its first operational deployment, would be positive for diplomacy and would not provoke conflict.

“When our carrier strike group sets sail next month, it will be flying the flag for Global Britain, projecting our influence, signalling our power, engaging with our friends and reaffirming our commitment to addressing the security challenges of today and tomorrow,” he stated.

Questioned as to whether it was wise to be sending a vessel towards China at this time, Wallace said HMS Queen Elizabeth’s deployment in May was not “provocative”, but sought to show Britain was ready to “play an active role in shaping the international system of the 21st century”.

The UK’s £3 billion floating airbase will be accompanied on its 28-week deployment by six Royal Navy ships, a submarine armed with Tomahawk missiles, 14 naval helicopters and a company of Royal Marines.

The vessel itself will set sail with eight RAF F35B stealth fighter jets on board as it visits more than 40 countries, including India, Japan, South Korea and Singapore. Japanese media have reported that the two nations have agreed to undertake joint military exercises.

The move comes as tensions boil in East Asia, notably around the South China Sea, where China is laying claim to a number of disputed islands while the US has increased its backing for Taiwan, which Beijing views as an integral part of the People’s Republic of China.

The UK, like many Western nations, has been highly critical of Chinese domestic and foreign policy, attacking Beijing’s alleged human rights abuses in Xinjiang and in Hong Kong, a former British colony. China denies any wrongdoing.