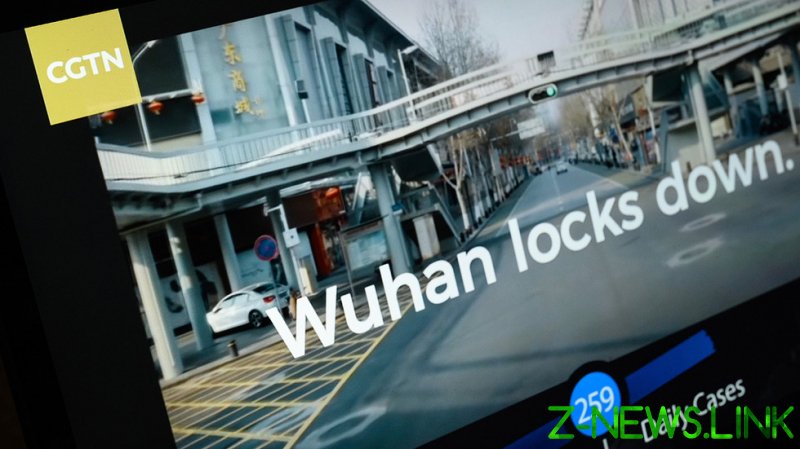 The UK communications regulator Ofcom has revoked the license of China Global Television Network (CGTN), banning it from broadcasting in the country. The channel, which was due to set up its new European headquarters in London, is accused of being editorially controlled by the country’s ruling Communist Party and thus violating broadcasting rules.

The move, however, is clearly a political one, and undoubtedly a huge provocation in UK-China ties, and one which is bound to have enormous consequences, especially for the BBC’s content and coverage within China itself. The announcement comes conspicuously just a week after Beijing had declared non-recognition of UK British National Overseas (BNO) passports over controversy surrounding a migration plan for Hong Kongers.

Just minutes after the Ofcom ban came through, China’s Foreign Ministry has asked the BBC to “apologise” for a report concerning Covid-19. This is a sign of things to come. In fact, it mirrors the same pattern of events from a year ago when Mike Pompeo, then US secretary of state, announced restrictions on Chinese media operating in the United States. This resulted in China expelling American journalists after having asked the Wall Street Journal to apologize for its coverage.

And here’s what Britain doesn’t seem to realize. Whilst it is true that the media environment within China is tightly controlled, reciprocity matters nonetheless. The BBC is still operating and broadcasting in China, even if its reports are subject to some censorship. As a result, it is almost guaranteed that Beijing will take some form of reciprocal action, and given the BBC’s incredibly politicised coverage of China of late, it seems untenable that they wouldn’t.

Pompeo last year launched an assault on Chinese media operating in the United States. He implemented visa restrictions, demanded they reduce their numbers and made them register as diplomatic overseas missions. What even he didn’t do, however, despite his fanatical approach to Beijing, was kick them out completely or deny them a presence in America. He understood at the very least that freedom of speech was a staple of American values and that irrespective of differences between political systems, how a country’s media was treated was a medium of diplomacy. Therefore reciprocity, the idea of “tit for tat,” matters. Pompeo knew if he pushed too hard, American journalism within China, already walking on eggshells, would be finished altogether.

Not surprisingly, China retaliated. However, its diplomatic style was indirect, as opposed to explicit. Not long after Pompeo’s announcement, Beijing took issue with the Wall Street Journal, over a headline describing the country as “the sick man of Asia,” which it deemed to be derogatory,  and demanded the publication apologise. The Journal did not, and so Beijing expelled a number of its reporters as punishment.

History is already repeating itself.

The timing of this UK-Sino row is not a coincidence. Beijing is already frustrated with the BBC behind the scenes, but because of diplomatic considerations chose to do nothing about it. As the above illustrates, a nation cannot simply expel journalists without justification – even China knows this. To do so is to violate a norm.

However, Beijing is increasingly unhappy with the BBC. The broadcaster has been persistent in driving forwards the narrative on issues such as Xinjiang, including commissioning a report on allegations of forced labour which led to US sanctions against the cotton sector, and then yesterday producing a graphic set of interviews whereby Chinese authorities were accused of systematic sexual abuse of the Uyghur minority. For the sake of its relationship with London, Beijing has to date acted with restraint.

Now, however, because the UK has acted first, China now has a political casus belli to take retaliatory actions targeting journalists who consistently broadcast unfavourable or misrepresentative stories about its internal affairs. The BBC is unquestionably top of that list, and Beijing’s demand for an apology from it shows what lies ahead.

Inevitably, the BBC will refuse and insist that its coverage is accurate and impartial, as it always does. Thus, like what happened with the Wall Street Journal a year ago, Beijing will close the doors on them in some way, reciprocating Britain’s action in banning CGTN. This may involve expelling a correspondent or removing the BBC’s right to appear on Chinese television altogether.

It is likely to go a lot wider than tit-for-tat media strikes. This sets UK-China relations on a collision course, affirming a growing view in Beijing that the UK is now a hostile country, intent on following America’s anti-China foreign policy. This will inevitably involve China subjecting Britain to the same harsh treatment it has meted out to Australia and Canada, involving sanctions on goods and the like.

Given that there were other options before banning, the UK has definitely overplayed its hand with this. Even Pompeo, of all people, knew better than to ban CGTN completely.