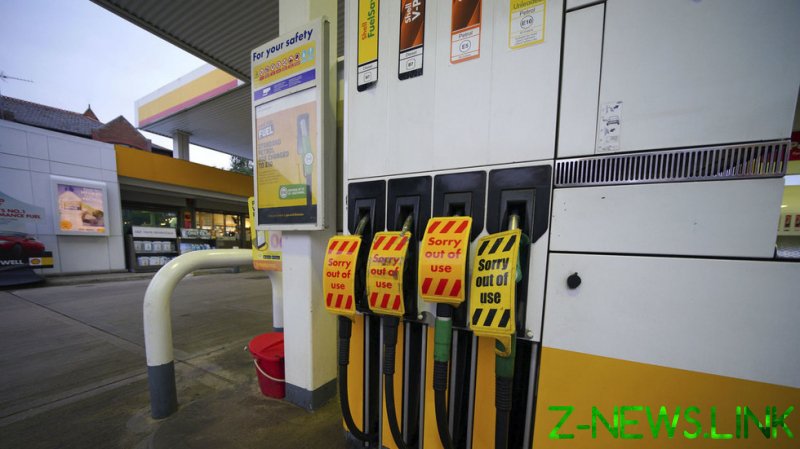 Speaking to Sky News on Friday, Transport Secretary Grant Shapps said HGV driver shortages were “not new,” and had been an issue all the way through the pandemic. Shapps stated that, on any normal day, it is not unusual for a chain of petrol stations, like those owned by BP, to have a handful closed due to supply issues.

The minister suggested that drivers had been unable to take driving tests during the pandemic and this had recreated a backlog, exacerbating the existing shortages which is also being felt in Europe and North America. Shapps insisted that many more tests were being made available now, so we should see the issue “smooth out” fairly quickly.

The transport secretary said that motorists should “shop for fuel as usual,” adding that BP was sharing the same message.

The minister’s remarks come after BP said its petrol-station arm had been forced to close dozens of forecourts in its 1,200-strong network due to shortages. Its competitor, Esso, also said it was experiencing challenges.

Supply issues have been blamed on the nation’s shortage of HGV drivers. On Thursday, junior business minister Paul Scully said that hundreds of thousands of people with HGV licences weren’t working – the industry needs around 100,000 drivers to take up jobs to meet demand.

Leading supermarket chain Tesco has said that there could be panic-buying of food in the run-up to Christmas unless the government takes steps to alleviate the haulage crisis.