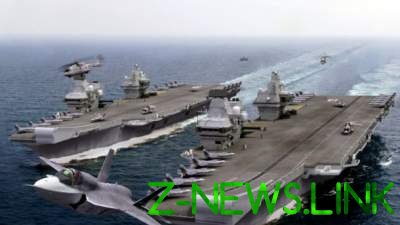 Among the plans, which are learned by the media, deployment of the new aircraft carrier HMS Queen Elizabeth.

Britain is preparing for a possible outbreak of war with the DPRK and its participation in it.

About it reports The Telegraph.

In the UK allow for the possibility of war because of the military of the US response to provocative missile tests by North Korea. It is also noted that the rhetoric of US President Donald trump heightened tensions in the region.

It is reported that among plans, which are learned by the media, deployment of the new aircraft carrier HMS Queen Elizabeth before he passes the necessary tests.

“We have enough ships. The Type 45 destroyers, Type 23 frigates. The newest aircraft carrier can be put into service sooner, in case the situation will worsen”, – reported in the British government.

The publication noted that in case of war with North Korea, the UK will work as part of the United global coalition.