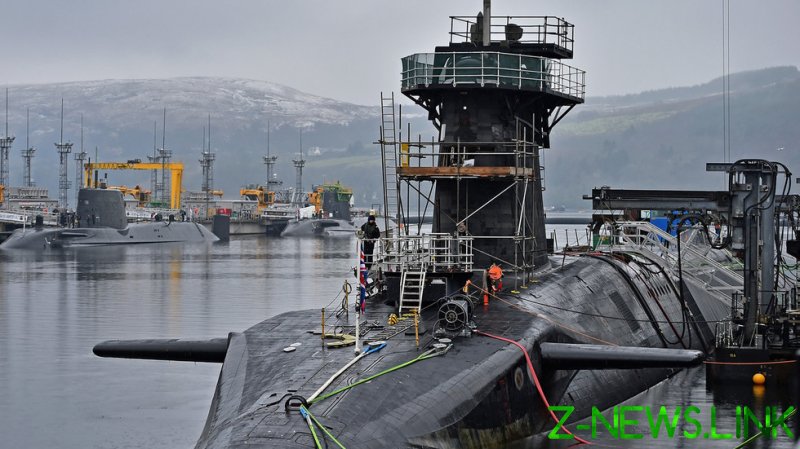 Boris Johnson has confirmed Britain’s intentions to tilt towards the Indo-Pacific with a primary focus on China in the UK’s latest security and foreign policy review.

Although the comprehensive document and its tone were not specifically anti-Beijing and acknowledged that Britain’s trading relationship with China was important, it branded the country as a “systemic” competitor in a region which it termed as the “geopolitical” future of the world and a challenge to the UK’s “values.” It also set out an ambition to increase the number of nuclear warheads in the country while challenging China on human rights.

The shift in the UK’s foreign policy can firstly be attributed to the events of the past year, and the influence of the United States. But it is more obviously a product of Brexit and its ideological influence on the country’s global outlook. The fact that the tedious discourse of “global Britain” was shoehorned into the title of the report – ‘Global Britain in a competitive age’ – confirms this.

But the UK is a European country, which has chosen to shun its neighbours – with things not going too well – and is now trying to transplant itself into the Pacific and raise a nuclear challenge to China. At best, this is a militarist strategy based on nostalgia. It does not offer any practical solutions as to how gunboat diplomacy on the other side of the world will contribute to its growth or prosperity.

Brexit has not allowed Britain to avow itself from the legacy of the British Empire, drawing from the memories of when the UK had a global dominion floated on free trade rules which it enforced in its favour, bolstered by an unrivalled naval capacity.

This was also a product of geography and security. While European nations constantly squabbled with each other, Britain, as an island, was separate and safe. France suffered devastation in two world wars, but the UK participated from afar, uninvaded and undefeated. These distinct differences in historical experience meant that even after the demise of the empire, when Britain was more heavily reliant on Europe and no longer had a global domain to fall back on, it remained largely allergic to the idea of integration with the European continent.

So, it is no surprise that, in the end, Britain left the European Union and has started hyping itself up as a Pacific power again. But the reality is that this is based on idealism and nostalgia, and not a genuine strategy. There’s a gaping hole in this plan, given that the UK’s own exports to Europe have crashed by 40% since the imposition of the Brexit deal, in the main due to the red tape imposed on British businesses as part of the agreement.

How exactly does a tilt towards the so-called ‘Indo-Pacific’ and an enhanced military posture fix this? The answer, of course, is it doesn’t. Britain’s previous success in this region was built upon the absolute control of resources in vast colonial domains and a globally supreme navy to protect them.

On that premise, British companies had the power to open up and exploit any country as they pleased, and trade from it. Britain was truly global because it had the resources and capabilities to sway everything in its favour, was able to link regional trading networks together, and was not bound by geography.

But the world is now a very different place. Britain no longer has any of these advantages, yet believes that by sending aircraft carriers and nuclear weapons into the Indo-Pacific region on an ad hoc basis – they aren’t based there anymore – it can make China bend to its will. This is a hugely ambitious idea, given that China is a far larger and more powerful state which now has the world’s largest navy and is the world’s largest exporter of goods.

Even the existing global power, the US, has limited capacity to push back against the changing tides. And so, we have the bizarre scenario where the UK is opting to shun a region it is reliant on and trying to compete in a completely different one where there is already a far more dominant power. This is a contradiction of geography and common sense.

Such a strategy does not guarantee any actual gains for Britain, other than the ironic contradiction of those they seek to attain from engaging with China itself, which cannot be subdued like the Qing Dynasty of old. If Britain wanted a return to the old days, it would need an astronomical increase in the size of its navy and a larger number of permanent possessions in the region to give it a meaningful presence in an economic and military capacity. It’s all a non-starter.

In a nutshell: Britannia doesn’t rule the waves anymore, and it is merely an observer in the Indo-Pacific rather than a driver of events there and a so-called ‘global policeman’. This is not a strategy built on realism or practicality. It isn’t going to be able to come close in any arms race against Beijing at the same time as it isolates itself from its own, natural neighbourhood back home.