Home / WORLD / Britain is broken, let down by authoritarian, lying leaders who have utter contempt for the people who elect them

Britain is broken, let down by authoritarian, lying leaders who have utter contempt for the people who elect them 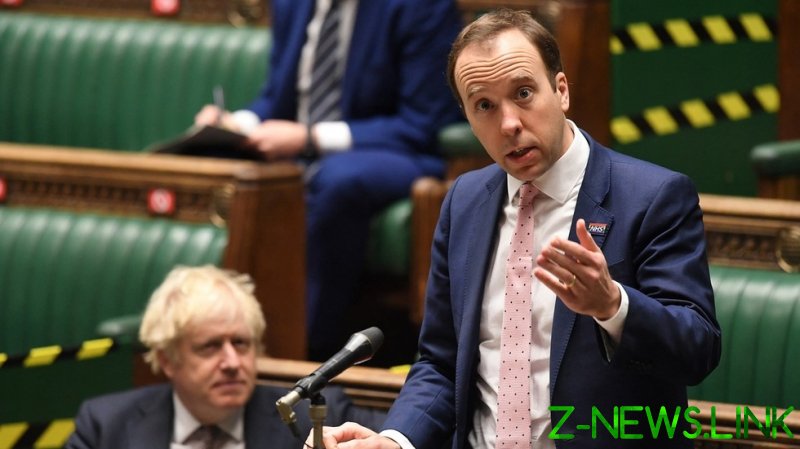 Another week, another Tory drama, this time involving Matt Hancock and Prime Minister Boris Johnson. But the ‘root causes’ in the background of this latest episode require closer public scrutiny. Because many of today’s politicians seem to have forgotten that government is about leadership – leaders who provide governance and security by ensuring that the wishes for and promises to the electorate who placed them in office are guaranteed. People do not accept rulers, but they do demand leaders.

However, we now seem to be operating in a landscape where what were once called ‘political white lies’ from our leaders have become, in reality, total whoppers that have zero resemblance to the promises made during election campaigns and in ‘fake manifestos.’ Yet, the same lying political hacks are re-elected time and time again. Has the electorate learned anything? Nope. Britain seems to suffer from a bizarre combination of Stockholm Syndrome and an electorate faced with two horrible choices. As a result, they just carry on and pick what appears to be the least bad option. Well, none of this is acceptable any longer. We need to wake up and demand change.

Both Hancock and Johnson have repeatedly shown that they lack empathy, morals and values. They are incapable of providing governance ‘for the people’ with humility, or to honestly and objectively make well-reasoned decisions based upon critical analyses backed by logic and facts. Instead, they pick the path that will best advance their careers. Even though Johnson privately feels that Hancock is “totally f***ing hopeless”, he’s still more than willing to work with him if it will help him remain in power.

And things are compounded because we don’t have media that are critical of politicians – instead they act as political advocates who promote specific narratives designed to move forward the agendas of specific parties and candidates. It’s all one big incestuous relationship.

Herein lies the problem: Matt Hancock and Boris Johnson have zero self-awareness and only seek to enhance their power at any cost. These myopic agendas include lying and cheating to get ahead. Sound familiar? Well, did we get Brexit done in the way you expected? Many, including the UK fishing industry, have complained that Boris betrayed their trust and that they are now worse off. Ex-MEPs have also strongly denounced Boris for his Brexit capitulation.

Nigel Farage, first with UKIP and then with the Brexit Party, spearheaded the Brexit movement that was backed in a UK-wide referendum in June 2016. After Prime Minister David Cameron’s resignation, Theresa May and company tried for the best part of four years to undermine, block, revoke or water down what the people clearly demanded. The fighting led to what was essentially a Brexit rerun in the 2019 general election, where the people’s will was confirmed: they wanted to leave the EU.

Boris was now in the driving seat but, had he really wanted to get Brexit done properly, he would have appointed Nigel Farage to marshal the negotiations. No matter what anyone thinks, Farage was best suited to negotiate the UK’s Brexit agreement. Instead, we ended up in a bureaucratic quagmire designed to allow this process to drag on indefinitely. Incompetence? You bet it is.

How can any of this be explained? My theory is simple: Personality flaws allow sociopaths to – wrongly – believe that they are the most competent people in the room. Rules don’t apply to them, and they can get away with anything because the electorate is a mindless bunch of obedient muppets who only vote for red or blue.

Fast forward to Johnson’s self-serving, smug, dismissive and condescending response last Friday to Matt Hancock’s affair and breaching of social distancing rules. Boris immediately accepted Hancock’s apology and, according to Downing Street, considered “the matter closed”. It’s a system of old-boy pay-to-play systemic corruption hidden from public view. And it diverts us from the real issues such as questionable PPE deals and £37 billion allocated to a never-fit-for-purpose track and trace fandango.

However, no doubt that very British tradition, a public inquiry, will be suggested – just like the one we had into Tony Blair’s lies over Iraq. That was ‘managed’ by Sir John Anthony Chilcot, whose work cost millions, was hidden from the public and only made for interesting talking points. It had no effect, as Blair went on to make millions milking the private sector. Anyone like to bet a pandemic public inquiry will be similarly pointless?

The time to accept all this is over. We demand democracy, liberty and freedom – not the type of government Boris has imposed. The cronyism and lies from people in power must stop. If they don’t, we are headed down a path that leads directly towards tyrannical authoritarianism shielded by ‘woke wash’ – a diversionary tactic to stealthily push establishment narratives. At the same time, the most significant economic plunder and wealth inequality gap continue.

The subtext of what’s happening behind the scenes is clear to many: the people have to shut up and obey. If you fail to be submissive and obedient, you will be punished. You are no longer allowed to question authority. What’s the next Johnson move? Damage control, contain and repair the Tory party and formulate the path to make both him and Hancock stronger, while figuring out a process to hide what happened and prosecute the whistleblower who exposed the affair as a diversion. Britain cannot allow this to happen.