Home / WORLD / Britain has no right to lecture others on refugees, Russia insists

Britain has no right to lecture others on refugees, Russia insists 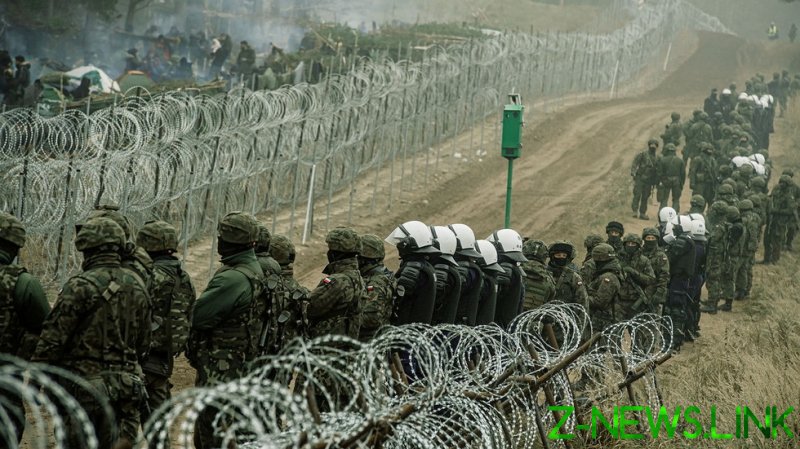 The Daily Telegraph on Sunday published an 800-word public letter from chief diplomat Liz Truss, in which she praised her nation for standing with refugee-rejecting members of the EU and demanded that Russia put pressure on Belarus, over the current impasse at the Polish border.

A few thousand Middle Eastern asylum seekers are gathered at the frontier.

Truss claimed that Minsk is using them to destabilize “renewed democracies” in Eastern Europe that stand “on the frontier of freedom.”

“We are proud to be the first European country to assist Poland by agreeing to send a small team of personnel to provide engineering support to ease pressure at the border,” she wrote, referring to the deployment of a small contingent of British military personnel to the area.

Truss said the UK and NATO were prepared to deal with “21st-century methods of aggression being used by those who threaten our freedoms, economies and democracies.” She pledged London’s support for “our friends in the Baltics and Ukraine” as well as Poland, Hungary, Slovakia, and the Czech Republic.

The latter four states have for years refused calls from Western European nations to accept asylum seekers on their soil. Boris Johnson’s cabinet shares their stance on migration.

The current crisis on the Belarusian border was “carefully crafted,” and “Russia has a clear responsibility,” Truss also claimed, suggesting that Britain’s “friends in Europe” must join forces with London “in opposing the construction of the Nord Stream 2 pipeline.” The project has already been completed and is waiting for the nod from a German regulator to start pumping Russian natural gas to Europe.

Russian Foreign Ministry spokeswoman Maria Zakharova dismissed Truss’ message, saying it omitted the “carefully crafted” NATO invasion of Iraq in 2003. Britain contributed thousands of troops to the operation, “helping the US occupy this nation, kill its citizens and plunder its mineral riches,” she wrote on social media.

“Britain has a clear historic responsibility for everything that happened since then in the region, including the deaths of Iraqis, the destruction of Iraq’s statehood, endless streams of refugees, the emergence of [the terrorist group] ISIS, humanitarian disasters in that part of the world,” Zakharova said.

The crisis on the EU-Belarus border emerged as tens of thousands of people arrived in the country and attempted to cross over into the European bloc this year. Brussels and member states like Poland accused Minsk of orchestrating the influx, claiming that the Belarusian government was ferrying the refugees in and using them as pawns against the EU.

Belarus claims the EU only has itself to blame, citing economic sanctions imposed against it since the mass opposition protests last year, which were suppressed. Minsk says it has suffered from a shortage of resources and has had to re-allocate them to deal with more present threats like drug trafficking.

Russia says it has no involvement in the stand-off and has called on Belarus and the EU to negotiate a workable solution.