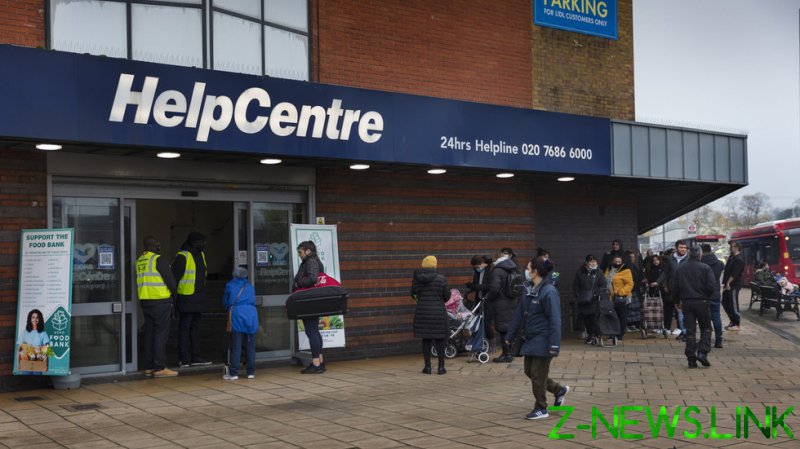 Three out of four UK consumers now have “major future concerns” about the cost of food, the country’s Food Standards Agency confirmed on Tuesday. The body is responding by “urgently” working with charities and donors to bolster supplies to food banks, which have seen a surge in demand.

Newest data from the FSA – which operates in England, Wales and Northern Ireland – says that 76% of UK consumers are concerned about the rising prices of food. The agency’s research also showed that the number of people using food banks or charities has drastically increased in the span of a year, going from 9% in March 2021 to 15% in March 2022.

The FSA also referred to a March survey showing that one in five Britons were skipping at least one meal or cutting down on portion sizes, because they lacked money to buy food.

“In the face of the immediate pressures on people struggling to buy food, food banks are playing a vital role in our communities,” FSA chair Susan Jebb said in a statement. “We are urgently working with industry and other major donors, and food bank charities, to look at what more we can do together to ensure that food which is safe to eat can be redistributed to people who can benefit from this support.” 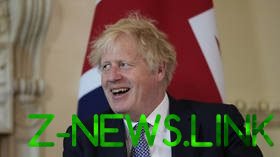 While food banks can be a good short-term lifeline, “governments and regulators must also look more widely at other ways to enable people to reliably access safe and healthy food in the long term,” Jebb added.

One of the groups the FSA is working with is WRAP (Waste & Resources Action Programme), a nonprofit focused on “changing the way we use and re-use natural resources” to tackle climate change. They worked together to publish a guide for “surplus food redistribution” back in 2020.

“We estimate that more than 200,000 tonnes of surplus food could still be redistributed each year. So, by working together we can increase the redistribution of this food, which will also reduce the environmental impact of our food and help achieve a thriving UK food system for all,” the group’s CEO, Marcus Gover, said on Tuesday.

Rising inflation and supply problems – exacerbated by anti-Russian sanctions in relation to the conflict in Ukraine – have contributed to a surge in the cost of living in the UK. While wealthier Britons are reportedly looking to expatriate to places where money stretches farther, others have flocked to food banks.