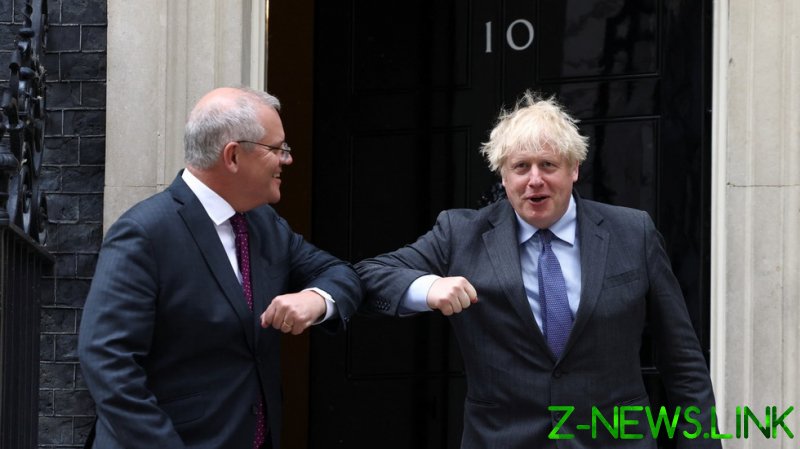 The terms of the deal were struck on Monday night, after UK Prime Minister Boris Johnson and Australian Prime Minister Scott Morrison had dinner at Downing Street, a spokesperson for the Department for International Trade confirmed to British media.

The pact marks the first agreement negotiated from scratch since the UK quit the EU in early 2020. The new deal, which is to provide British and Australian food manufacturers and other businesses easier access to each other’s markets, will reportedly cut tariffs on products like Scotch whisky, clothing, and cars.

The agreement is expected to reduce levies on agricultural products, which evoked a backlash from British farmers, who are raising concerns that the deal may have no meaningful safeguards in place to prevent the sector being undercut by cheap imports.

The trade deal is expected to boost the British economy by 0.02% over 15 years. Australia remains the UK’s 20th-largest trading partner globally, accounting for 1.2% of Britain’s total trade in 2020.

For the UK, the deal signals a major step to joining a wider Asia-Pacific free-trade agreement. Before leaving the EU, Britain was automatically part of any agreement Brussels had negotiated with other countries. At the time of Brexit, the bloc was a participant in about 40 trade deals involving over 70 countries. So far, London has negotiated rollover deals with 66 of those countries.