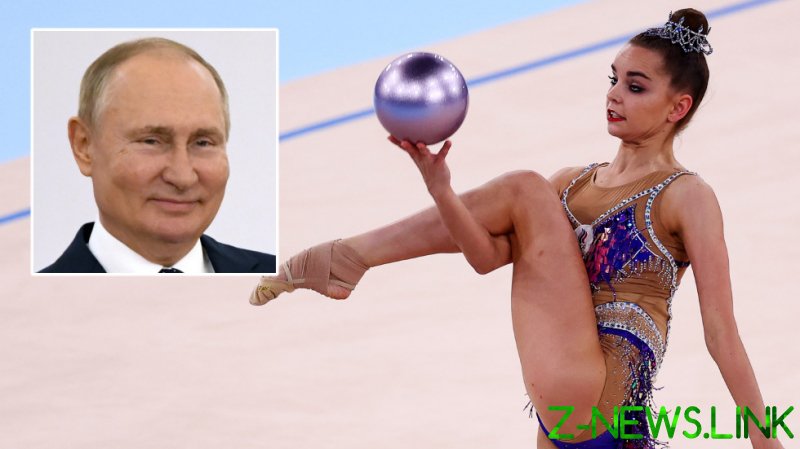 Dazzling in this year’s championships in the Japanese city of Kitakyushu, the 23-year-old earned gold medals in the hoop and ball competitions on Wednesday to take her tally to 13 individual world titles, moving level with two-time Olympic gold medalist Evgeniya Kanaeva.

Averina then beat her twin sister, Arina, to ball gold with a score of 27.675 despite having the most difficult tariff of the eight finalists.

She now needs only two more triumphs to match Kanaeva’s 17 overall titles, won between 2007 and 2011.

“I am pleased to congratulate you on the double-triumph in Japan,” read a statement from Putin, who signed a decree to give Averina state awards following her achievement at the 2020 Games.

“You have outstandingly opened ‘the gold medal count’ for our team, confidently winning in the hoop and ball exercises and becoming the 15-time World Champion.”

“What an astounding hoop gold medal performance at the World Championships,” said one.

“And she came back to kick some ass. Too bad Linoy is not here, because it’d be epic.”

Italian Sofia Raffaeli finished third in the hoop, with Harnasko securing bronze in the ball competition.

The championships continue until October 31.