Home / WORLD / Bringing Facebook to heel: A system-connected ‘whistleblower’ and a ‘for the children’ narrative mask a bid for political control

Bringing Facebook to heel: A system-connected ‘whistleblower’ and a ‘for the children’ narrative mask a bid for political control 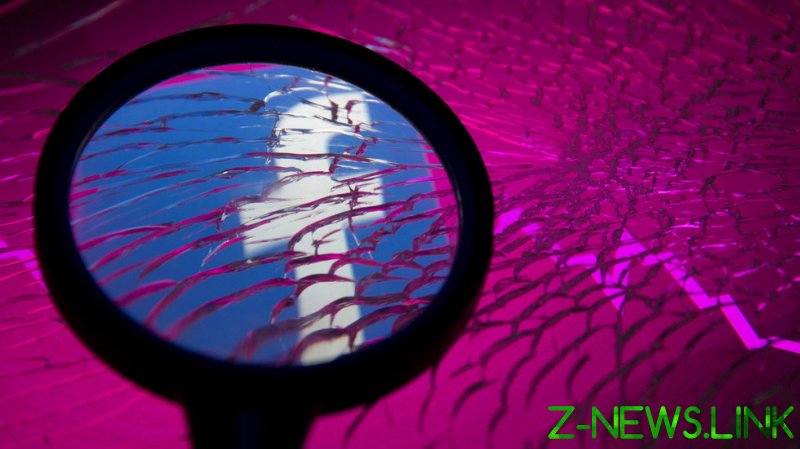 Haugen came seemingly out of nowhere to testify before the Senate on Tuesday, yet she revealed nothing besides well-rehearsed bromides about the Menlo Park behemoth putting “profits over people” and somehow endangering Our Democracy by refusing to police misinformation, or something. Stunning and brave!

She also landed a ‘60 Minutes’ interview over the weekend, got instantly verified on Twitter, and received praise from the extremely online Democrats (aka the ‘Resistance’ during the Trump era) for her stunning bravery. Her advice to the Senate wasn’t to break up Facebook, either, but to turn it into an arm of the government – for the “common good,” of course, and to protect the children.

The fervor with which the corporate media machine and Washington politicians embraced Haugen ought to give everyone pause – yet most people recoil at the thought, because that would mean defending Mark Zuckerberg’s monstrosity and the rest of Silicon Valley’s magnates.

Recall that this is the same Big Tech that helped ‘fortify’ the 2020 election, and is currently ruthlessly purging anything the current government in Washington – and its allies in the media and unaccountable activist nonprofits – deem ‘misinformation’.

Zuckerberg personally contributed $400 million to help Democrats organize the 2020 vote in key swing states, and hosted a dinner for Obama administration veterans who helped ‘fortification’ efforts – per that infamous TIME article – who convinced him to ‘pre-bunk’ their narratives. He also founded a pro-Democrat outfit Fwd.us, which donated heavily to the group whose activists just tried bullying the recalcitrant Senator Kyrsten Sinema (D-Arizona) into supporting the $3.5 trillion spending bill and amnesty for illegal immigrants.

Yet the establishment is going after him and Facebook anyway. There is no doubt that’s what’s happening, either. According to conservative-leaning outlet Daily Wire, Haugen is a prolific donor to Democrats, is represented by the same lawyers who helped the ‘whistleblower’ involved in the first Trump impeachment, and the same PR agency where White House press secretary Jen Psaki worked until September 2020.

She also worked in the ‘civic integrity’ section of Facebook, the very people involved in censoring the New York Post story about Hunter Biden’s laptop in the run-up to the 2020 vote. Yet she’s said not a word about this matter, which she would have had firsthand knowledge of, while testifying about things she admitted to having no direct involvement with. How…convenient.

As independent journalist Michael Tracey pointed out, Haugen is saying things the political establishment wants to hear. The end result would be even more censorship, just as it happened after the 2016 election and the frenzied allegations that social media aided and abetted ‘Russian meddling’.

Recall that the social media platforms were celebrated by the legacy establishment merely a decade ago, when their role in spreading ‘democracy’ (i.e. mass unrest and even civil war) during the so-called Arab Spring was praised in the papers. Facebook and Twitter were credited with helping Barack Obama get elected, and their sharing of data with the Obama campaign was fine and perfectly normal.

What changed in 2016 is that Donald Trump used the same ways and means to bypass the corporate gatekeepers and speak to Americans directly. The furious establishment responded by leveraging the ‘Russiagate’ libel – which they fabricated – as a censorship cudgel, and the terrified Big Tech executives, already leaning Democrat themselves, fell all over each other to comply.

Republicans whined about censorship but declined to do anything about it, because Big Tech lobbyists paid them a lot of money and the siren song of ‘free markets’ and ‘my private company’ steered them away from legislative solutions. Democrats, who above all else value power, have no such hang-ups; they’re now openly talking about breaking up the Silicon Valley leviathans. Whether they intend to go through with it is irrelevant: the mere threat of it gets the Big Tech to do their bidding in perpetuity.

Make no mistake, this isn’t about children, or safety, or even ‘misinformation’, but about power. Specifically, ensuring that every avenue of communication serves the cause of those in power, so they can maintain narrative control. No amount of collaboration or cooperation can get Zuckerberg, or Twitter’s Jack Dorsey or Google executives off the hook – only total and unconditional submission will do. They don’t get a choice in the matter, much as the rest of us aren’t meant to. Our Democracy doesn’t tolerate dissent.