Home / WORLD / Bring them all home, Mr. President. The US has failed in Afghanistan, the least we can do is get Americans out safely

Bring them all home, Mr. President. The US has failed in Afghanistan, the least we can do is get Americans out safely 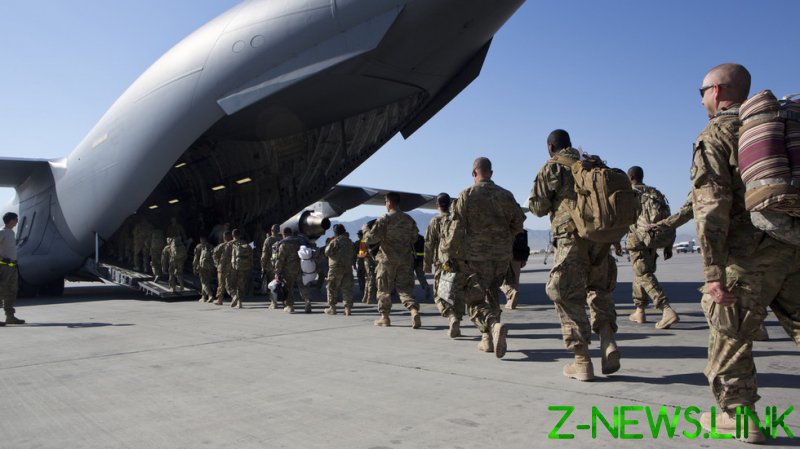 The collapse of the Afghan government during the summer of 2021 will go down in history as an event with little precedent; its closest modern antecedent is the fall of the Shah in Iran in 1978-79. The ability of the United States to pour resources into a cause which, in retrospect, never had a chance of succeeding is matched only by the willingness of the American people to unquestioningly accept the assurances of government officials, military and civilian alike, who assured them that going into Afghanistan was a good idea at the time (i.e., post-9/11), and staying there was an even better idea.

But now we are getting out – fast. The speed of the US withdrawal has been matched only by the speed with which the Taliban is filling the void it leaves behind. Of course, there wasn’t supposed to be a vacuum – just ask President Joe Biden, whose answer to a reporter’s question about the “inevitability” of a Taliban victory on the heels of the US exit from Afghanistan captures the full extent of America’s hubris-laced ignorance on all things Afghan. A Taliban victory, Biden said, is not inevitable, “[b]ecause you have the Afghan troops, they’re 300,000 well-equipped, as well-equipped as any army in the world, and an air force against something like 75,000 Taliban. It is not inevitable.”

The American proclivity for embracing numbers as if a data set alone tells the story is the very definition of failure. Numbers mean nothing if they are not backed by a systemic effort to sustain them with a process that turns statistics into living, breathing, soldiers that are prepared to fight. We helped process “volunteers” into men capable of wearing a uniform, marching in formation, and – if properly supervised and supported – conducting limited military operations. But we did not build the kind of administrative support network that turns toy soldiers into national assets. The care and feeding of Afghan troops was abysmal, with what little infrastructure that was in place systemically abused by corrupt commanders who pocketed soldier’s salaries and sold food supplies to further enrich themselves. The sad truth is we knew this was happening, and we did nothing to stop it.

The fact that the President of the United States was allowed to claim that our efforts had produced a force of “300,000 well-equipped” fighting men is an indictment on not only the president, but everyone who works for him that had a role in formulating and implementing Afghan policy. A force is not “equipped” simply by possessing a weapon or any other piece of military hardware. One becomes “equipped” only after being fully trained in the operation, tactical employment, and maintenance of the material in question. The Afghan Army was never “equipped” with anything; they were simply a repository for military material whose numbers meant nothing, because when push came to shove, none of it could be employed properly or in a sustained fashion.

Joe Biden made a couple of other statements during his July 8, 2021, announcement regarding the withdrawal which, with the wisdom accrued over the course of the past month, Americans may wish to reflect on. “[T]he likelihood there’s going to be the Taliban overrunning everything and owning the whole country,” Biden said at the time, “is highly unlikely.”

Turn on your television, Mr. President.

But perhaps most worrisome was his contention, spoken with only the kind of baseless bravado that Joe Biden himself can muster, that “[t]here’s going to be no circumstance where you see people being lifted off the roof of a embassy in the — of the United States from Afghanistan.”

Tell that to the marines, Mr. President. Tell that to the commanding officers of 1st Battalion, 8th Marines and 2nd Battalion, 1st Marines. Because I can guarantee you that they are preparing for just that possibility now that you are deploying them back into Afghanistan to oversee the evacuation of the US embassy as the Taliban advance on Kabul.

If I were the ghost of military disasters past, I’d be haunting Joe Biden every hour, whispering into his ear the following names: Joe Hargrove, Gary Hall and Danny Marshall.

Lance Corporal Joseph Hargrove, Private Gary Hall, and Private Danny Marshall were manning an M-60 machine gun which protected the flank of marines inserted into Koh Tang Island on May 14-15, 1975, to rescue ten American merchant sailors that had been captured earlier by the Cambodian Khmer Rouge. Instead of finding the captured sailors (who were held elsewhere and in fact released prior to the marine assault), the marines flew into an ambush that saw all their helicopters either shot down or seriously damaged by enemy forces, 38 of their fellow servicemen killed, and another 50 wounded. In the subsequent extraction under fire, the bodies of the fallen were left behind, as were Hargrove, Hall, and Marshall, who remained in their position as the last helicopter flew away. The three marines were subsequently captured and executed by the Khmer Rouge.

The image of those three marines abandoned on the beach of Koh Tang Island should be seared into the brain of any American who ever embraced the notion of ‘no man left behind’. That sentiment, however, is a luxury afforded to those who fall in a battle where the US exerts a modicum of control. What happened on Koh Tang Island was the antithesis of control – it was a desperate bid to save as many marines as possible before they were overrun by the enemy.

The same fate cannot be discounted – as Joe Biden so glibly did – when discussing what could happen to those marines, soldiers, and airmen being dispatched to Afghanistan today. We are not in control of the situation on the ground. The Taliban alone dictates the pace of operations. And the likelihood that what little remains of a cohesive fighting force from the remnants of the Afghan military will be willing to fight and die to safeguard Americans in retreat is small.

They are coming, Mr. President. The Taliban is overrunning the entire country of Afghanistan as we speak. If we remain in Kabul when that city falls, then there is a real possibility that we will witness people being airlifted off the roof of the American embassy.

Your job, Mr. President, is to make sure that they all come home. Because, as the tragic experience of Joe Hargrove, Gary Hall and Danny Marshall underscores, that outcome is not guaranteed by any stretch of the imagination.