Home / WORLD / Bright eyes? People with larger pupils are ‘smarter’ than those with smaller ones, new study claims

Bright eyes? People with larger pupils are ‘smarter’ than those with smaller ones, new study claims 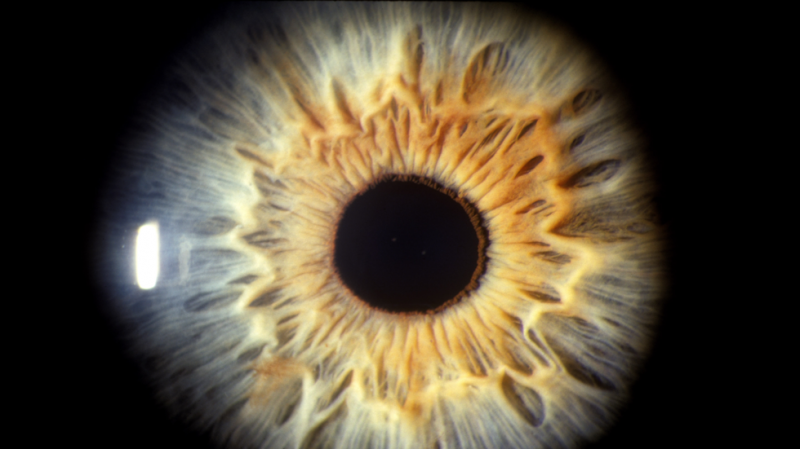 Cognitive abilities like attention control, fluid intelligence and working memory capacity have been linked to baseline pupil size by researchers at Georgia Institute of Technology, who conducted several large-scale studies involving over 500 participants.

First, they calculated the average pupil size of each of the participants — aged between 18 and 35 years old — using a special tracking device with a camera linked to a computer. Normally, a constricted pupil — the black circular aperture in the center of the eye — is two to four millimeters in size, and fully dilates to up to eight millimeters.

The participants were then offered a series of cognitive tests measuring their abilities to stay focused and control attention while being intentionally distracted, to reason through new problems and remember new information. The laboratory was kept dim in order for the pupils not to constrict in response to light.

“We found that a larger baseline pupil size was correlated with greater fluid intelligence, attention control and, to a lesser degree, working memory capacity,” researchers concluded, with their findings published in the June issue of the Cognition international journal.

While high-powered devices were used in the laboratory, researchers said the difference in pupil size of those who scored highest and lowest could be detected with the naked eye.

Explaining why the size of the pupil might be indicative of brain power, researchers suggest the correlation might be linked to a neuron system locus coeruleus regulating brain activity in certain regions.

With far-reaching neural connections to the brain, it releases a hormone regulating certain processes, including attention and learning. It also helps involve distant brain regions in ongoing problem-solving activity, they said, adding that additional research is needed to explore the pupil-intelligence connections.