Home / Video news / Brigade of the national guard returned from the front. Video

Brigade of the national guard returned from the front. Video 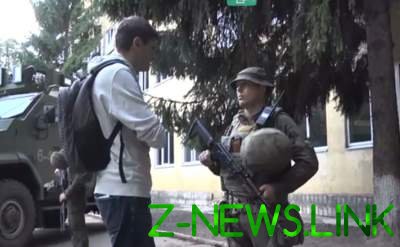 In this brigade are soldiers from different volunteer battalions.

Brigade of the National Guard returned from the front. Now the security forces will serve in the rear.

Upon the return of soldiers on the parade ground was personally congratulated by the brigade commander. The celebrations did not last long. After the soldiers surrendered their weapons and finished unpacking. The commander of crew Alexander Voloshin said that the first rotation of my guys on the front line very successful.

In this brigade are fighters from various volunteer battalions, there are even members of the former special forces “Berkut”.

While the team refers to the front only company tactical group, but later plans to strengthen the advanced strongholds of the battalion.