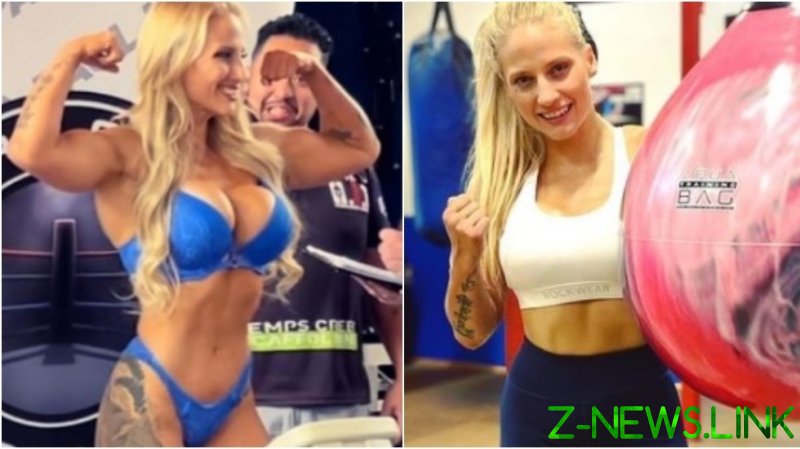 Bridges improved her unbeaten record to 5-0 as she picked up the ANBF Australasian title with victory against the 45-year-old New Zealander Earl in their super bantamweight bout in New South Wales on Saturday.

READ MORE: ‘She’s such a tease’: ‘Blonde Bomber’ strips off ‘for the boys’ as Muslim opponent takes scales to toilet for 2nd weigh-in (VIDEO)

When the pair stepped between the ropes at the Bankstown City Paceway on Saturday, it was Bridges who emerged with her hand raised via a decision victory.

Bridges, 34, was returning from a hiatus of more than one year, and afterwards paid tribute to her 45-year-old rival – who herself was fighting for the first time since April of 2019.

“After 13 months out of the ring I finally got back in there and got the UD win,” the blonde boxer tweeted.

“Full respect to her, she brang it and has a granite chin. Was great to get the rust off and get rounds in the bank. Can’t wait for what’s next.”

Ball had been due to meet Bridges for the title in November, before the Aussie withdrew with an arm injury. Ball instead faced Jorgelina Guanini, whom she outpointed for the WBC interim title.

On that occasion, the glamorous Bridges had faced accusations that she had earned the title shot due to her “fake boobs” – prompting her to fire back in sarcastic fashion.

After Bridges overcame Earl on Saturday, one fan implored boxing promoter Hearn to promote the Aussie for all she was worth.

“Now it’s on to the winner of [Courtenay] vs [Ball]. [Eddie Hearn] you can sell the sh*t out of this one,” wrote the Twitter user in a message shared by the boxer.

Bridges’ profile is such that earlier during the Covid pandemic she revealed she had found a bizarre yet lucrative side-hustle selling her training socks to foot-fetish fans.

Desperate punters were even paying up to £500 (US$700) for the sweaty items, according to Bridges, who described the buyers as “weirdos.”