‘Brexit is madness’, French finance minister declares, claiming the British will be ‘the big losers’ 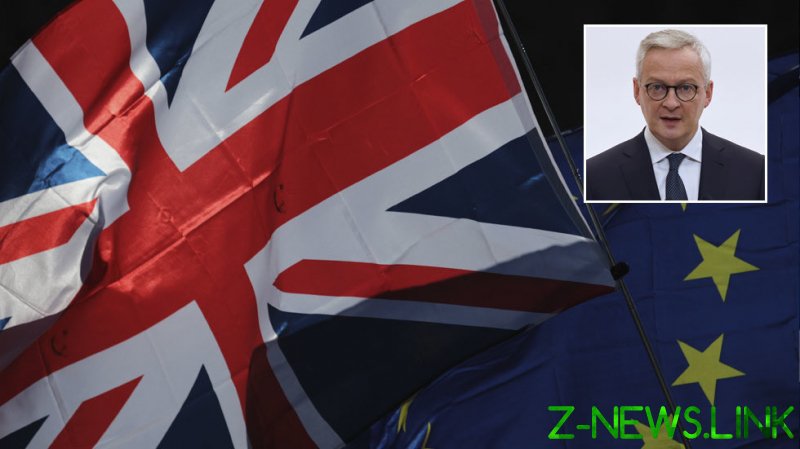 Speaking on France Info TV, the minister of the economy, Bruno Le Maire, used a phrase coined by the recently deceased John le Carré, calling the UK’s departure from the EU a “political, economic and historical folly,” and stating that “Brexit is madness.”

Asked about the impact of a no-deal Brexit, the finance minister said he believes “the big losers from Brexit will be the British,” predicting that it will have a minor effect on France’s GDP, while the UK experiences a significant dip.

Le Maire has repeatedly been critical of the UK’s decision to leave the EU, urging member states earlier this year to make “no more concessions” in trade talks, as he feels that doing so is unnecessary and could be detrimental for the bloc. In 2018, he also attacked Prime Minister Boris Johnson and those who pushed for Brexit, accusing them of being liars who hid the true consequences of Brexit from the public.

The French minister of the economy’s warning to the UK comes as Britain and the EU remain in a tense standoff, having been forced to extend Sunday’s deadline for a trade deal, after it became clear there were still major unresolved issues. Despite both negotiators agreeing that it is important to go the extra mile to find a solution to the impasse, neither side has expressed a willingness to back down.

The UK and EU have not set a new deadline for the conclusion of talks, but the transition period ends at 11pm GMT on December 31, and time must be provided for any deal to be agreed by the UK, European Union, and parliaments in member states. If no deal is secured in time, the two sides will begin trading on World Trade Organization (WTO) rules, with tariffs implemented on goods being traded across the channel.