Home / WORLD / Brexit: Biden tells UK there will be no US trade agreement unless Northern Irish peace deal is respected

Brexit: Biden tells UK there will be no US trade agreement unless Northern Irish peace deal is respected 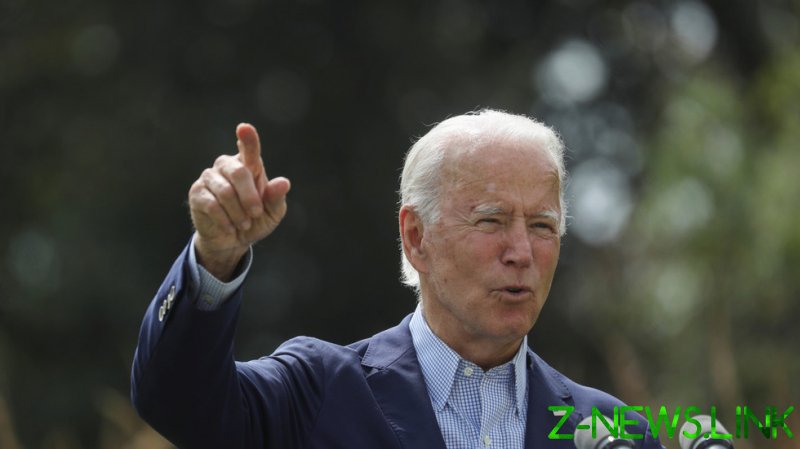 Prime Minister Boris Johnson has unveiled legislation that would break parts of the Brexit divorce treaty with the European Union relating to Northern Ireland. He blamed the EU for putting a revolver on the table in trade talks and trying to divide up the United Kingdom. Johnson also told The Sun newspaper that Brussels was being “abusive” to Britain and risking four decades of partnership.

“We can’t allow the Good Friday Agreement that brought peace to Northern Ireland to become a casualty of Brexit,” Biden tweeted. “Any trade deal between the US and the UK must be contingent upon respect for the Agreement and prevent the return of a hard border. Period.”

Biden also retweeted a letter from Eliot Engel, chair of the Foreign Affairs Committee of the US House of Representatives, to Johnson calling on the British PM to honor the 1998 Good Friday peace deal. Engel urged Johnson to “abandon any and all legally questionable and unfair efforts to flout the Northern Ireland protocol of the Withdrawal Agreement.”

Brexit talks should not “undermine the decades of progress to bring peace to Northern Ireland,” Engel said, adding that Congress would not support a US-UK free trade agreement if Britain failed to uphold its commitments to Northern Ireland.

But British junior Health Minister Edward Argar, when asked about Biden’s criticism, said that he did not believe the Northern Irish peace deal was at risk.

Johnson’s government reached a deal late Wednesday to avert a rebellion in his own party over the proposed Internal Market Bill that breaks international law. The British parliament is being given a say over the use of post-Brexit powers within the bill.

The EU has already warned any breach of the Brexit treaty could sink trade talks. This could complicate the border between the UK’s Northern Ireland and EU member the Republic of Ireland.