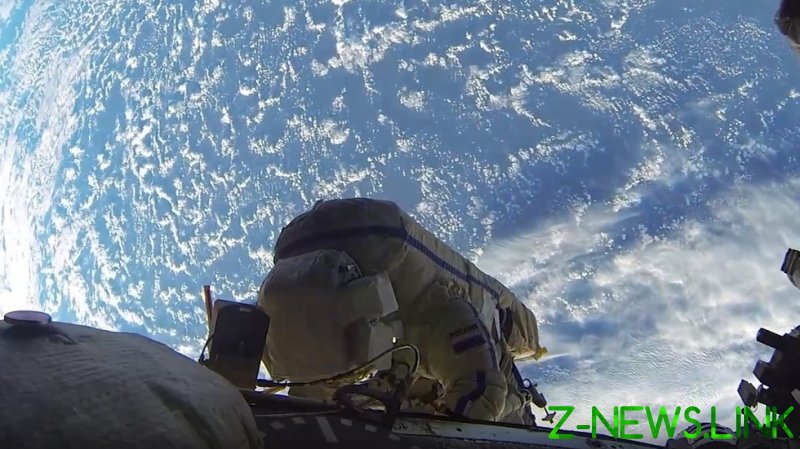 “It’s breathtaking, isn’t it?” wrote Sergey Kud-Sverchkov on his VK page above a short video of the spacewalk. The four-minute clip shows Kud-Sverchkov and ISS-64 Expedition Commander Sergey Ryzhikov working on dismantling parts of the ‘Pirs’ (Pier) module during a November 18 spacewalk that took 6 hours and 47 minutes.

This was the first experience of working in the vacuum of space for both cosmonauts, Roscosmos said on Wednesday, also sharing the video.

Kud-Sverchkov compared the experience of moving outside the station to climbing a mountain, but said that working in the shade reminded him of cave-diving, because “nothing is visible except for the equipment and what the spotlights illuminate.” Most of all, the EVA looked just like the training at the Yuri Gagarin complex in Moscow’s Star City, the cosmonaut said.

The nearly seven-hour mission saw Ryzhikov and Kud-Sverchkov replacing a tablet on the ‘Zvezda’ (Star) module and removing some of the equipment from Pirs, which is soon to be decommissioned and replaced by ‘Nauka’ (Science), a new module being prepared for launch at the Baikonur cosmodrome in Kazakhstan. The next planned spacewalk, EVA-48, will be to prepare the Pirs for undocking and Nauka’s arrival.

The first-ever spacewalk was performed by Soviet cosmonaut Alexey Leonov in April 1965. He used an inflatable airlock to leave the Voskhod-2 (Sunrise) spaceship and spent 12 minutes and nine seconds in the vacuum of space.