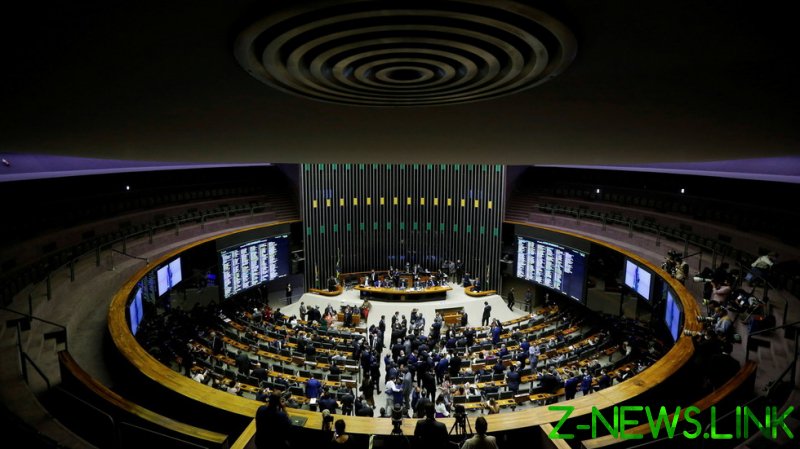 On Tuesday, the Chamber of Deputies voted 425 to 15 in favor of PL 12/2021. Sponsored by Aécio Neves da Cunha, a Social Democrat from Minas Gerais, the bill would authorize Congress to issue patent-breaking licenses “in case of a public health emergency,” without the approval of the head of state. President Jair Bolsonaro has opposed the proposal.

The bill will now return to the Senate, which will decide whether to approve amendments adopted during Chamber debate.

“There is an understanding that the changes… we introduced in the bill will also be incorporated in the Senate, which will maintain the text that we have negotiated here,” Neves said, according to Reuters.

One significant difference from the original is that patent holders will no longer be required to provide biological material to companies licensed to violate intellectual property under the emergency rules. The provision was declared “impractical,” “arbitrary” and in violation of Brazil’s constitutionally guaranteed principle of free enterprise.

Another amendment would see IP holders compensated to the tune of 1.5% of the net sales involving the infringed medication or vaccine.

The law was hailed by the Brazilian branch the NGO Doctors Without Borders (MSF). The measure “improves the current patent law, authorizing the application of compulsory licensing in a more complete and efficient manner, in this health emergency and others,” said MSF’s Brazilian coordinator Felipe Carvalho.

The move comes amid a broader push to temporarily suspend intellectual property laws as nations battle the pandemic, namely for vaccines and related technology. While the World Trade Organization first floated the idea of a global patent waiver last October – since endorsed by Washington – a number of states, including the European Union at large, as well as Big Pharma firms have resisted the proposal.

Last month, the EU offered an alternative to the IP waiver plan put forward by the WTO, seeking to cut export restrictions to the minimum level possible and utilize existing rules within the organization to grant licenses even without consent from patent holders. However, that plan drew criticism, as it would stop short of an outright suspension of intellectual property.

The EU proposal is “weak and distracting, bringing nothing significantly new to the table and diluting some of the existing public health flexibilities enjoyed by WTO members,” MSF said late last month, adding that it failed to address other forms of IP beyond patents, and was too “confusing” and “limited” to make a difference.