Brazilian President Bolsonaro rushed to hospital after 10 days of hiccups, may need surgery 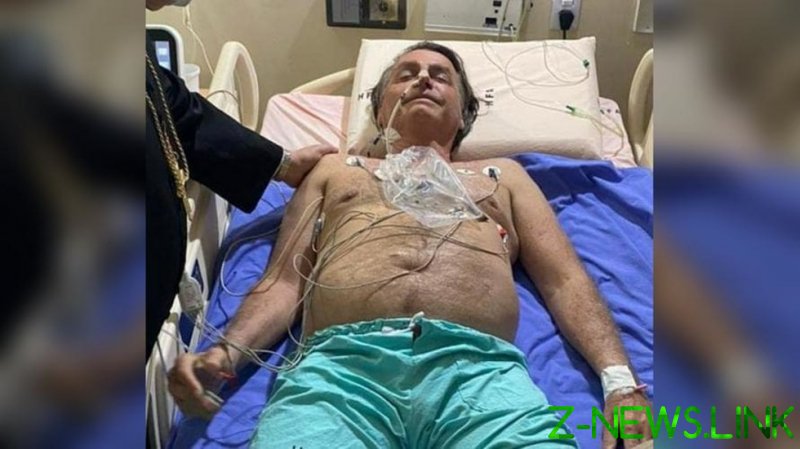 Bolsonaro’s office confirmed on Wednesday that the president had been taken to hospital in Brasilia that day, where he was to be be kept under observation for 24 to 48 hours. In an update shortly afterwards, his office said that he was being taken to Sao Paulo to be assessed for emergency surgery.

Local media reported that Bolsonaro had been suffering from abdominal pains, and the Brazilian leader was seen hiccupping during recent public appearances. Last week he blamed the hiccups on drugs he was given during dental surgery a month earlier.

Bolsonaro is no stranger to hospital visits. Whilst campaigning for the Brazilian presidency in 2018, the right-winger and former military officer was stabbed in the abdomen and required several surgeries to survive. In a post to Facebook on Wednesday from his hospital bed, Bolsonaro described his hospitalization as a “consequence of the attempted murder” in 2018.

More recently, Bolsonaro tested positive for Covid-19 several times last summer, after downplaying the severity of the virus. While in quarantine, Bolsonaro was then bitten by a giant emu during a press photo session.

His latest brush with ill health, however, seems more serious than the beaking he received in quarantine. Even before news of his hospitalization broke, doctors were telling the Brazilian media that the persistent hiccups may be a sign of something more severe than the lingering effects of dental surgery.