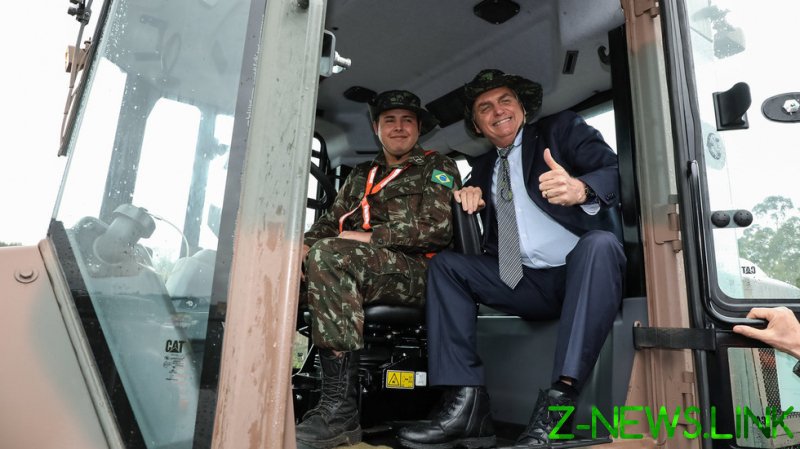 Critics of Brazilian President Jair Bolsonaro have been piling onto the populist after reports arose on Monday that his government had approved the purchase of more than 35,320 doses of generic Viagra for the country’s armed forces.

Worker’s Party president Gleisi Hoffman condemned the “criminal spending spree” while presidential aspirant Ciro Gomes called the purchase “tough to justify” and an “absurdity,” adding that it was “no coincidence” that it happened during the presidency of Bolsonaro, whom Gomes accused of acting to “dishonor the uniform.”

Using the government’s transparency portal and price panel, federal deputy Elias Vaz of the Brazilian Socialist Party had discovered eight distinct purchases of sildenafil – the generic name for the erectile dysfunction drug the US pharma giant Pfizer has marketed as Viagra. Vaz claims the Brazilian government paid above-market rates for the pills, most of which went to the navy. The sailors accounted for 28,300 of the little blue pills, with the army getting 5,000 and the air force the remaining 2,000, according to his findings.

“Health facilities across the country often face shortages of drugs to treat patients with chronic illnesses, such as insulin, and the Armed Forces receive thousands of Viagra pills. Society deserves an explanation,” Vaz said in a statement on Monday.

“Public money, which comes out of the pockets of all of us Brazilians, has to be used to serve the public interest,” said federal deputy Marcelo Freixo, also a Socialist, adding he would ask Brazil’s public prosecutor to open an investigation.

The Marinha do Brasil has responded by admitting that it bought the drug, but claimed that it was used to treat pulmonary hypertension, a condition for which sildenafil is occasionally prescribed. However, dosing instructions for pulmonary hypertension call for 20 milligrams every eight hours, whereas the pills purchased were in the 25mg and 50mg doses, commonly used to help with erectile dysfunction.

A former army officer, Bolsonaro was elected in 2018 on a populist platform. Brazilian lawmakers have accused him of incompetence and even “crimes against humanity” for his handling of the Covid-19 pandemic, including opposition to lockdowns and vaccine mandates.