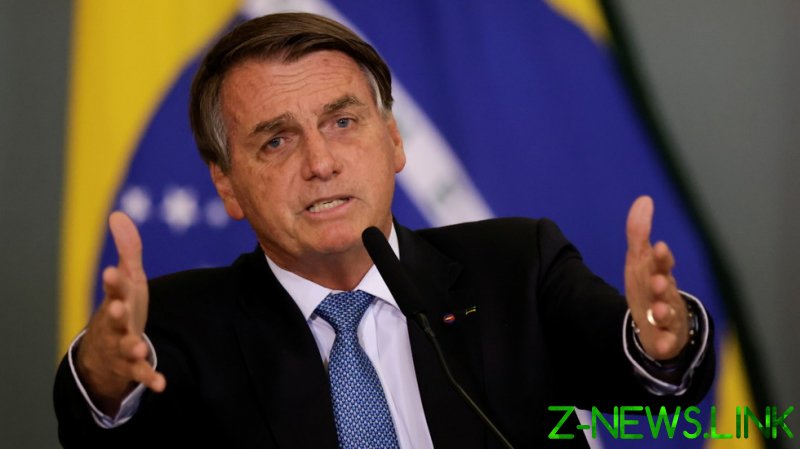 Bolsonaro could face up to 13 criminal charges linked to policies that allegedly allowed the coronavirus to spread and drive the country’s death toll beyond 600,000, says the leaked 1,200-page Senate document, which was obtained by Reuters, CNN and the New York Times on Tuesday.

While the draft report also recommends charges for 69 other people, including three of Bolsonaro’s sons and other current and former officials, it holds the president “principally responsible for the government’s errors committed during the Covid-19 pandemic,” saying his “reckless” approach to achieve ‘herd immunity’ in Brazil exposed the country to “a concrete risk of mass infection.”

In addition to homicide, the president could face a series of other charges, including attempted genocide against Brazil’s indigenous population, malfeasance, irregular use of public funds, violation of sanitary measures, incitement to crime and forgery of private documents. It also accuses him of ignoring advice from his own health officials and touting unproven treatments for Covid-19, as well as dragging his feet on a mass vaccination program.

“In spite of all the vaccines that were on offer, the federal government opted not to buy them, a decision that went against all of the scientific studies which demonstrated their safety and effectiveness, and against the advice of all of the epidemiologists who declared on a daily basis that only vaccines would save lives,” the draft report continues.

The decision not to acquire vaccines between the months of July 2020 and at least January 2021 … ended up claiming the lives of thousands of Brazilians.

Prepared by an 11-member panel led by Senator Renan Calheiros, the report remains in draft form, and still needs to pass a Senate vote, during which it could be altered or outright vetoed. That vote will take place next week, according to Reuters.

“Many of these deaths were preventable,” Calheiros told the New York Times in a recent interview, referring to victims of the pandemic. “I am personally convinced that [Bolsonaro] is responsible for escalating the slaughter.”

Assuming the Senate gave its blessing to the lengthy report, Brazil’s prosecutor general would still have to bring charges, however – yet another obstacle before the president would actually face legal proceedings. Bolsonaro, for his part, has dismissed the investigation as a politically motivated “joke,” saying he is not concerned about its findings or the possibility of an indictment.

The report was issued following a six-month congressional probe into the Bolsonaro administration’s response to the pandemic, which hit the country around February 2020 and has since become one the world’s most severe outbreaks.

Once dubbed the ‘Trump of the Tropics’ for his bombastic style, Brazil’s president has courted controversy in other areas as well in recent weeks. Citing the deforestation and “mass destruction” of large swathes of the Amazon rainforest, a group of environmental groups has filed a complaint with the International Criminal Court (ICC) accusing Bolsonaro of “crimes against humanity,” and demanding an investigation by the global body.