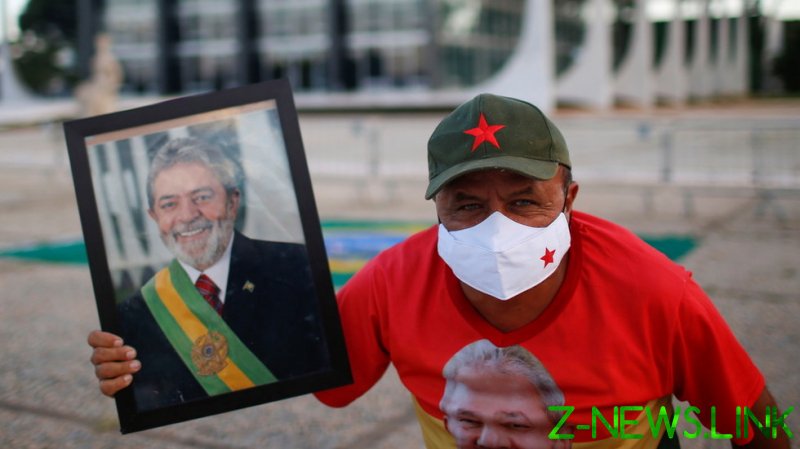 In 2017, Lula was accused of having granted political favors to automobile companies in exchange for donations of 6 million reals (around $1.2 million) to the campaign of his Workers’ Party (PT). The charges against the ex-president and other officials were filed after ‘Operation Zelotes’, which was launched by police to investigate alleged fraud and bribery in the sector.

But on Monday, federal judge Frederico Viana ruled that the case against the former president “lacks elements” that can substantiate any conviction against him and the other defendants.

“It is prudent and reasonable to pronounce an acquittal” of the ex-president, his former chief of staff, Gilberto Carvalho, and five other officials and businessmen, the judge said.

During his testimony last year, Lula denied the accusations, insisting that he never did any favors for the automobile firms.

In March, the court annulled all sentences handed to the 75-year-old political veteran under ‘Operation Lava Jato’ (‘Car Wash’) – a major anti-graft investigation in which three ex-presidents and numerous officials were indicted.

That ruling gave Lula the right to run for president again in 2022. He hasn’t yet announced plans to join the race, but recent polls put him ahead of Brazil’s current leader, Jair Bolsonaro, by 41% to 23% in the first round.

Lula remains highly popular in the country, which underwent a period of rapid economic growth during his years in office from 2003 to 2010, and saw millions escape poverty through his welfare programs.