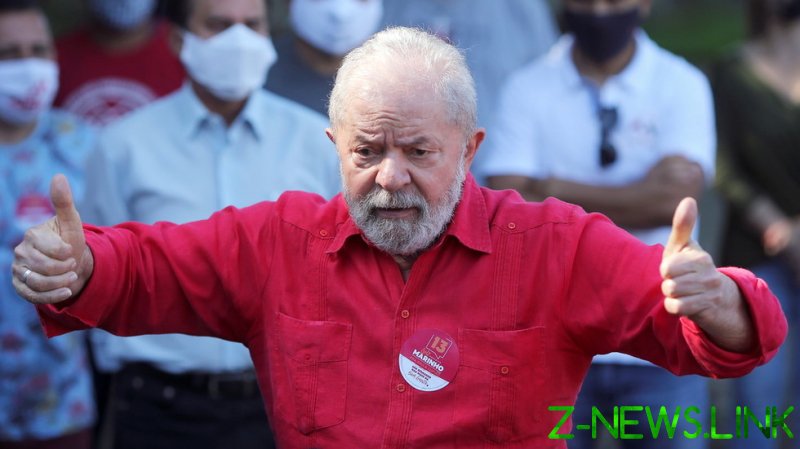 Supreme Court judge Edson Fachin ruled on Monday that the 13th Federal Court of Curitiba, which had convicted Lula of money laundering and corruption, actually had no jurisdiction over the cases.

The judge annulled all sentences handed to the 75-year-old in relation to ‘Operation Lava Jato’ (Car Wash) – a major anti-graft investigation in which three ex-presidents and numerous officials were indicted.

Monday’s ruling means that Lula’s political rights have been restored, making him eligible to run against Brazil’s current leader, Jair Bolsonaro, in the presidential election in 2022. The country’s so-called ‘Clean Record Act’ bars those with convictions from holding public office, a measure which already cost the veteran politician a spot in the 2018 presidential race.

The judge’s decision was procedural and didn’t focus on the validity of the earlier cases against Lula. A lower court will now have to decide if he should be retried on those charges.

Lula served as Brazil’s president between 2003 and 2011, a period of rapid economic growth for the country which saw millions getting out of poverty through social welfare programs.

The politician was convicted in 2018 for taking bribes from construction firms in return for public contracts; however, he only spent 580 days behind bars as the Supreme Court scrapped mandatory imprisonment for convicted criminals whose first appeal had failed.

Lula has repeatedly denied any wrongdoing and insisted that he was a victim of political persecution. “There is a conspiracy in Brazil between the media, the judiciary, the prosecution service and police” to bring him down, he told RT a few years ago.

The former president remains a popular figure in the country – 50 percent of respondents in a poll by O Estado de S. Paulo paper last week said that they “would certainly” or “could” vote for Lula, compared with 38 percent for Bolsonaro, as cited by Reuters.