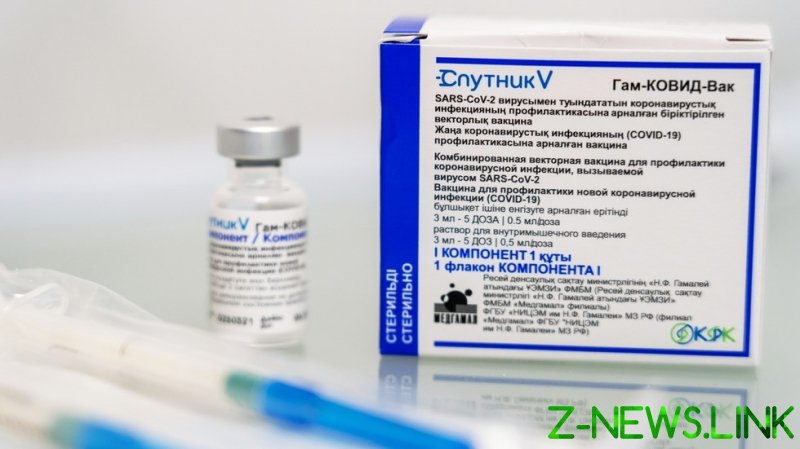 The South American country is in desperate need of Covid-19 vaccine doses, and has been one of the hardest-hit nations throughout the pandemic. However, despite requests from Brazilian politicians, regulator Anvisa believes there is a lack of documentation to guarantee its safety, and data about its efficacy is “uncertain.”

After the news broke late on Monday that Brazil would not import Sputnik V, the vaccine maker’s official Twitter account fired back in Portuguese, claiming the delay in approving was “of a political nature” and “nothing to do with access to information or science.” It also cited the 2020 United States Department of Health and Human Services annual report, which stated that Washington sought to prevent Brazil from allowing the Russian vaccine.

The latest decision is not the first time that Anvisa has refused to register Sputnik V, also rejecting an application to approve it for emergency use in January. Despite this, in March, the country’s Ministry of Health signed a contract with the Russian Direct Investment Fund (RDIF) for the supply of 10 million doses.

On Monday, the same day as the most recent Anvisa rejection, Brazil’s Ministry of Science, Technology, Innovation, and Communications approved the Russian vaccine for commercial use.

Thus far, Sputnik has been authorized in 61 countries, and published results have shown that it is both effective and safe. Earlier this month, a real-world study based on data from 3.8 million inoculated people showed an efficacy of 97.6%, demonstrating that it has “one of the best protection rates against coronavirus among all vaccines,” according to RDIF head Kirill Dmitriev.

The latest news may be worrying for the RDIF, and could lead to fears that other nations will follow in Brazil’s footsteps. In particular, there has been a long wait to approve Sputnik V by the European Union. The EU’s drug regulator, the European Medicines Agency (EMA), has signed off on Western-made jabs from BioNTech/Pfizer, Moderna, AstraZeneca, and Johnson & Johnson, but is yet to certify Sputnik. Despite it not being registered by the bloc, two EU countries, Hungary and Slovakia, have already unilaterally imported and started using the vaccine. Other nations, such as Germany and Austria, have signaled they will purchase doses upon approval.

Last Thursday, the World Health Organization revealed it would begin the new round of reviewing the Russian vaccine on May 10, along with the EMA.