Home / WORLD / Branching out into the Balkans will expand the EU ‘empire’… and dramatically weaken it, too

Branching out into the Balkans will expand the EU ‘empire’… and dramatically weaken it, too 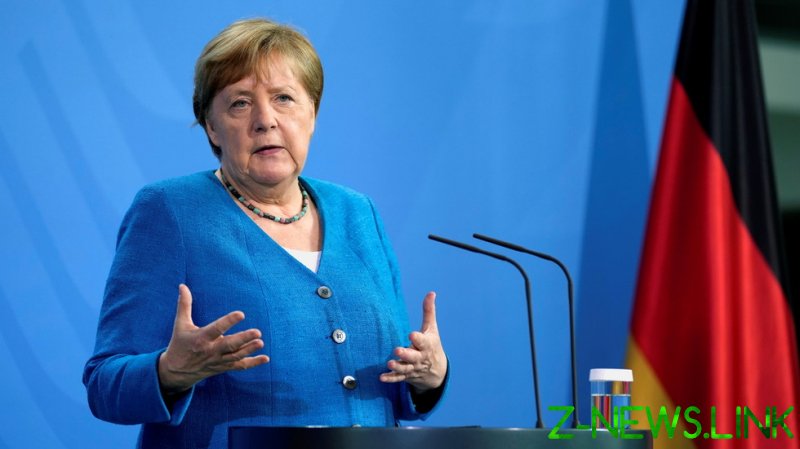 Angela Merkel, the German chancellor, has backed the EU’s proposed expansion into the Western Balkans. Merkel, who steps down in September, stated that “it is in the European Union’s very own interests to drive the [enlargement] process forward here.” She was supported in this endeavour by France’s President Macron, who also said that he “very clearly” supported the EU’s move into the region. And one thing we know about the EU is that when its two most powerful countries want something, it usually happens.

The statements were made on a video conference call yesterday with the heads of government of Serbia, Albania, North Macedonia, Bosnia-Herzegovina, Montenegro and Kosovo, as well as the president of the European Commission, Ursula von der Leyen. Following the conference, von der Leyen told reporters that “our first priority is to accelerate the enlargement agenda across the region and support our Western Balkan partners in their work to deliver on the necessary reforms to advance on their European path.”

The EU has long had aspirations of expanding into the Balkans. Slovenia, for example, joined the EU in 2004 and Croatia in 2013. In 2018, the European Commission released its plan for Serbia, Montenegro, Albania, North Macedonia, Kosovo, and Bosnia-Herzegovina to follow suit by 2025. These negotiations have, however, been fraught with difficulties. Bulgaria, for example, has objected to North Macedonia’s accession due to a dispute over language and history; Serbia and Kosovo remained locked in a border dispute, which has spilt on to the international stage; and five EU countries – Spain, Slovakia, Romania, Greece, and Cyprus – do not even recognise the state of Kosovo.

Nevertheless, the EU’s drive for expansion into the Western Balkans has been given more impetus by the fact that Slovenia has taken over the rolling six-month presidency of the European Council. One of the ambitions of Janez Jansa, the Slovenian prime minister, is to get the negotiations back on track and ensure that the Western Balkan states are ready to join the EU by 2025.

The EU will, however, face major problems of its own if remains committed to expanding into the Western Balkans. Enlargement is not cheap and when these six countries eventually join the bloc, they will be net recipients of EU funds. Indeed, the Balkans in Europe Policy Advisory Group admitted that “it has become obvious that weak economies in the region will struggle to achieve socio-economic convergence without more substantial EU support.” Now this raises another question: who is going to pay? With the UK, which was the second-largest contributor to the EU budget, now gone, the bloc cannot afford to be as frivolous with its cash as it has been in the past. However, the money will have to be found somewhere.

This, however, will not stop the EU expanding because it is in its DNA. I remember Jose Manuel Barroso, the then-president of the European Commission, announcing back in 2007 that the EU was the first “non-imperial empire.” Nothing the EU has done since has changed my opinion that Barroso was correct in his assertion. And now we are witnessing it again in the Western Balkans.

The EU just never seems to learn the lesson that it becomes weaker every time it expands. It takes power away from the centre. It also breeds resentment among the public in current member states, who are forced to pay for the new arrivals. Indeed, Brexit would never have happened if the EU had not chosen to expand eastwards in the first decade of this century. So, in effect, the EU sacrificed its second-largest financial contributor in favour of states which take from the pot. It was a clear case of cutting off your nose to spite your face.

And why does the EU do this? Well, the answer is an obsessional fear of Russia, and we are seeing this again when it comes to the Western Balkans. Following yesterday’s video conference, for example, Merkel implied that it was in the EU’s interest to move into the region to negate the growing influence of Russia and China, although she was careful not to name the countries.

Indeed, much of the Balkans is dependent on Russia for its energy supply and most are using the Russian Sputnik V vaccine to tackle the Covid crisis. China is also increasing its financial clout in the Western Balkans and has invested $2.4 billion in the region and provided $6.8 billion in structural loans. For the Chinese, the Balkans may well be the gateway to having even more influence in Europe, something the EU seems determined to prevent.

Also, we must not ignore the United States, as it is expected that the Biden administration will take a more proactive role in the region. The US would prefer to see the Western Balkans fall into the EU’s orbit as opposed to Russia’s or China’s. Biden is particularly hawkish regarding Serbia and rumours have circulated that the US favours a redrawing of the borders in the region on ethnic lines; although this has been denied by the White House. Nevertheless, it would be inconceivable that the Biden administration would not be looking to impose its will on the Western Balkans, such are the high stakes involved.

So, to sum up, the whole thing is a mess and once again the Balkan states are being used as pawns in a larger geopolitical game. The EU wants to speed up accession, but this is beset by major problems, both financial and cultural. In the absence of any agreement with the EU, Russia and China are increasing both their political and financial influence in the region. And in the wings is the US, which is determined to ensure that the Balkans looks westwards and not to the east.

We all must remember that the Balkans is a political and cultural tinderbox. The crises in this fraught region led to untold misery in the last century, and we must be careful not to repeat those same mistakes in this one.