Former world Boxing champion light heavyweight Sergey Kovalev, who now lives in the United States, faced criminal charges. According to the portal TMZ.com, he is accused of causing bodily harm to the woman he met at a party in June 2018.

According to the source, Kovalev was detained by police on 9 June hot on the heels of the statement of some women, claiming that the boxer punched her in the face and inflicted serious injuries.

Under the statement of the victim, he tried to care for her at the party where they first met. After she rejected his advances, Sergey together with a friend he followed her to her house, where there was the alleged attack.

See also:  The race for the "Golden boot": the breakthroughs Lewandowski and Forward

The victim stated that she had a broken nose, and was diagnosed with a concussion and displacement of the cervical vertebra.

Kovalev is facing a serious assault charge after allegedly attacking a woman.

Sergey appeared before the court where pleaded not guilty. The next hearing is scheduled for March. The athlete faces up to four years of imprisonment.

Note that 2 Feb to Sergey Kovalev will hold a rematch with Ladera Alvarez, who lost early in August last year. 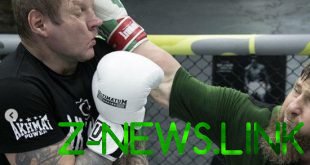